Province Our Lady of Africa Senegal 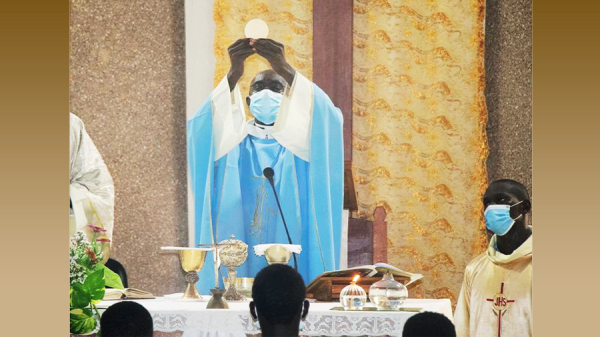 On 8 September at St Peter-Julian Eymard parish church of Koudiadiene, as customary, the ceremony of temporary vows took place. This year eleven (11) brothers, having completed their novitiate, made their first profession. They come from three (3) nations, namely, Brothers Gracia Kaluamba and Isaiah Damien Mwela Esiko from the Democratic Republic of Congo, Chevignon Baudelaire Koubemba Benazo and Patino Hanal Kihouba Dianzinga from Congo Brazzaville, Terenciano Dos Santos, Aderito Carlos Manhique, Onavio Silverio Pedro, Timoteo Francisco Nacua, Jose Antonio Manuel and Mariano Caditos Tinteiro from Mozambique. The novitiate is the second stage of formation and is the initiation into religious life. This is one of the rare occasions that the number of those being professed is so great. 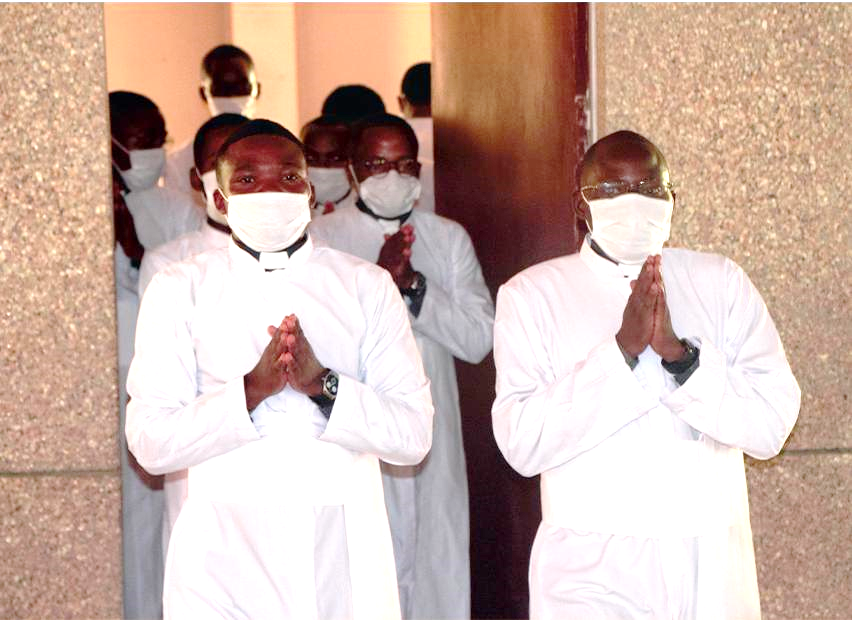 For this we give thanks to God for the gift of the SSS religious vocation. The experience of this began in the community called “the Cenacle” through a preparation period that involved the assimilation of guidelines pertaining to requirements of SSS religious life and about which the master of novices supervises. Then the administrative procedure in which each candidate requests his superior to be admitted to pronounce his vows. Once all this has been done, there was an immediate preparation that began with a preparatory retreat from the 1st to 4th September in the novitiate given by the master of novices himself.

This year the day of professions was well attended, but there were fewer than occasions before Covid-19. The ceremony took place rather well from a liturgical and festive point of view. The Mass, accompanied by the singing of the choir of Saint Dominic Savio from Koudiadiene, began at 4 p.m. and ended at about 6 p.m. The liturgy that included the rite of profession was carried out nicely in a fitting manner, thanks to Father Ernest Faye, the vicar of the parish who acted as the master of the ceremony. 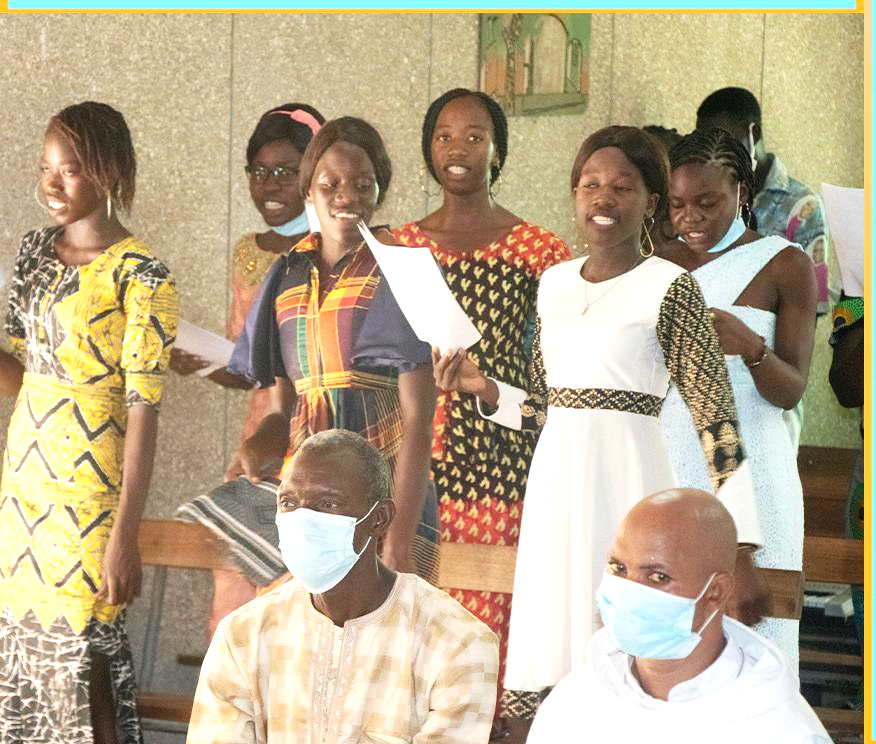 The eucharistic celebration was presided over by Father Yves Maximin Sagna, the provincial superior. During his homily, he exhorted the young professed to be well aware of the meaning of the vows and to rely on the grace of the Lord to live them fully.

After the Mass a representative of the newly professed spoke in warmly thanking all the men and women who came to support them on this great and memorable day for them. Then the vicar, Father Ernest, thanked the president of the celebration and the parishioners, and finally the Provincial, the president of the celebration also expressed his great gratitude for this wonderful event that had taken place. After the Mass some refreshment was served and a simple feast was held in the novitiate itself.

Last modified on Wednesday, 20 October 2021 10:00
Tweet
Published in News
More in this category: « Golden Jubilee 50th Priestly Ordination HISTORY: Foundation of the Congregation in Habana-Cuba »
back to top