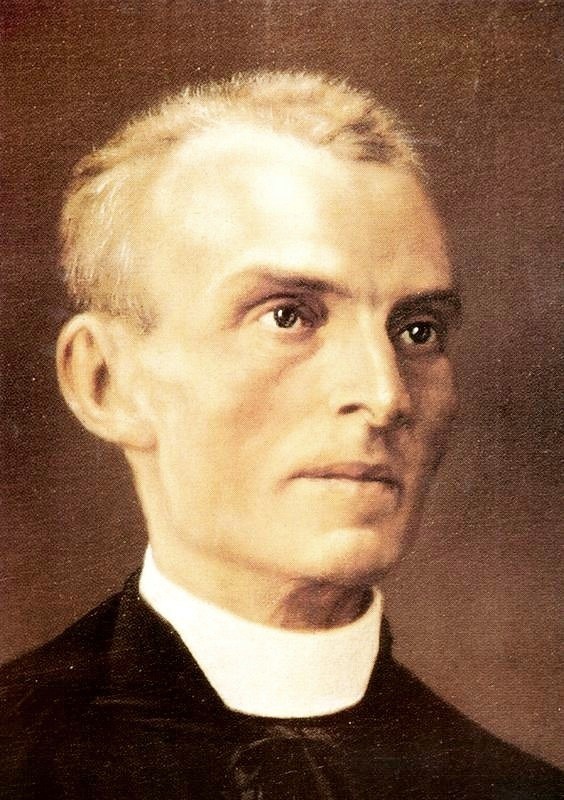 Peter Julian Eymard was born in 1811 in La Mure d’Isère, in the South-East of France, near the city of Grenoble. He first joined the diocesan clergy of Grenoble and, after a short period of pastoral experience as a young priest, left the diocese for the newly founded Congregation of the Marists, where he committed himself to tasks of education, preaching and administration.

The intense accompaniment of a group of lay-associates led him to the discovery of the Eucharist as an answer to the needs of his time and to his own role as the Founder of a new Congregation, exclusively dedicated to this sacrament. The process of his spiritual growth led him to a vision of the Eucharist as Christ’s gift of self out of love for us, waiting for our response of love to him and to our fellow human beings. The social dimension of the Eucharist is founded here, which found its concrete expression in Eymard’s commitment to improving the basic human situation of poor working-class people in Paris, while preparing them for first communion.

During the last years of his life he was engaged in an intense preaching activity, apart from leading the first steps of his young Congregation. He published little, but had an enormous correspondence with people of all kinds, to whom he was a spiritual guide and father. He left us an impressive quantity of personal notes and reflections, a precious witness to his untiring search into the depth of the Eucharistic mystery. He died exhausted by his many activities in 1868 in La Mure where he was born. He was beatified by Pope Pius XI in 1925 and canonized by Pope John XXIII in 1962, at the end of the first session of the Second Vatican Council. Pope John Paul II put his feast on the universal liturgical calendar in 1995. Saint Peter Julian Eymard, the Apostle of the Eucharist, is celebrated on the 2nd of August.