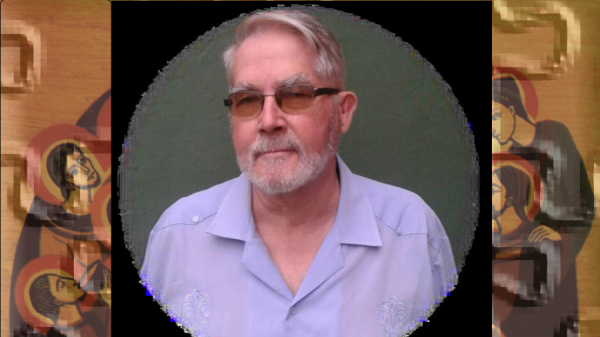 This same day, I celebrated it with my direct family (brothers and sisters) - no more than twenty-five people – in keeping with the Covid rules for encounters. On the eve I was with a few brothers of the Congregation, the ten who remain from my old Province of Saint John the Baptist, among whom is another companion, Fr Gerard Busque, who was a General Consultor and Vicar General of Fr Norman Pelletier.

I could present a summary of these years as follows: 17 years in Québec, 12 years in Lima with the Province of Saint John the Baptist and since 2001 with the Region and then the Province of Saint John XXIII. Throughout these fifty years I have held many positions both in the Congregation and in the Diocese of Chosica in Peru. They are more years with all of you and I carry you in my heart right now. Gold becomes refined through the crucible and fire. I don't know if I need to be further refined ... probably ... But yes, I experienced the crucible and fire. I also experienced grace and gratitude.

The priestly ministry, like the vocation of religious of the Blessed Sacrament, is unmerited, it is not ours. These vocations are like those of the prophets who do not want the weight, but cannot refuse the call either. It would not have been "me" in the depths of my being if I had not obeyed this inner and spiritual impulse given to me.

How will I carry it out? Certainly imperfectly. Although we do not want to, we encounter obstacles, wild waves that come to buffet us and weaknesses from within ourselves that arise to abase our pride.

But reaching this occasion, I am left with a feeling of fulfilment and thanksgiving and most of all with deep gratitude to the simple people who have nourished me with their faith and affection.

Last modified on Wednesday, 20 October 2021 09:16
Tweet
Published in News
More in this category: « Friday October 8, 2021: 50 years of priesthood at Québec Province Our Lady of Africa Senegal »
back to top