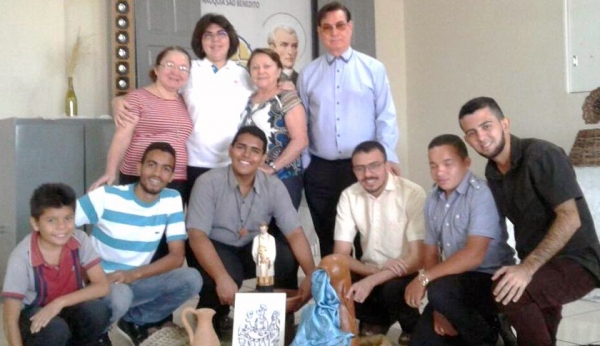 During this vocation month we continued the programme of the meetings of the SAV – Regional 1 following the theme: “The Eucharistic vocation of Father Eymard”.

The morning began with coffee together and we shared conversation about our experiences since the last formation meeting. Then there followed a time for prayer and we gathered in a room that had been prepared with symbols inviting us to reflect on the day’s theme: an image of Father Eymard, a copy of our Rule of Life and Life Project, an image of Christ at table during the sharing of bread with the disciples of Emmaus. 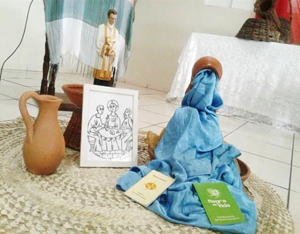 The lecture was given by our SSS layperson Epiane Evangelista, who brilliantly underlined the importance of deepening our knowledge of the life and work of our Founder, St Peter-Julian Eymard in the course of discernment for our youth, so that they would mature in his love for the Eucharist.

Father Eymard, despite obstacles from his earliest years and during his youth, had not given up his dream of becoming a priest, studying and consecrating himself to prayer. As a Marist religious he was captured by the devotedness of Our Lady to Jesus, our Saviour. His austerity and his prayer showed his living faith and his love for the Eucharist. He never abandoned his pastoral fervour and he renewed Eucharistic praise, the heart of the Church.

However, his project was deeper, and he recruited young people in order to spread love of Holy Communion into a religious Order. In 1856 he obtained the reply to his endeavour: permission to create the Congregation of the Blessed Sacrament, centred on adoration, which through the celebration leads the faithful to frequent communion, an idea new at the time.

A primary feature to understand the life of our Founder likewise requires an appreciation of his great love for Mary, developed from his childhood. This led him on 1 May 1868 to propose honouring the Virgin Mary by the title of Our Lady of the Blessed Sacrament, which thus indicated the relation between Mary, the Church and the Eucharist.

After this intense time of reflection we discussed the reports of the day and then we shared a fraternal meal with the youth, the lay persons and religious of the house.