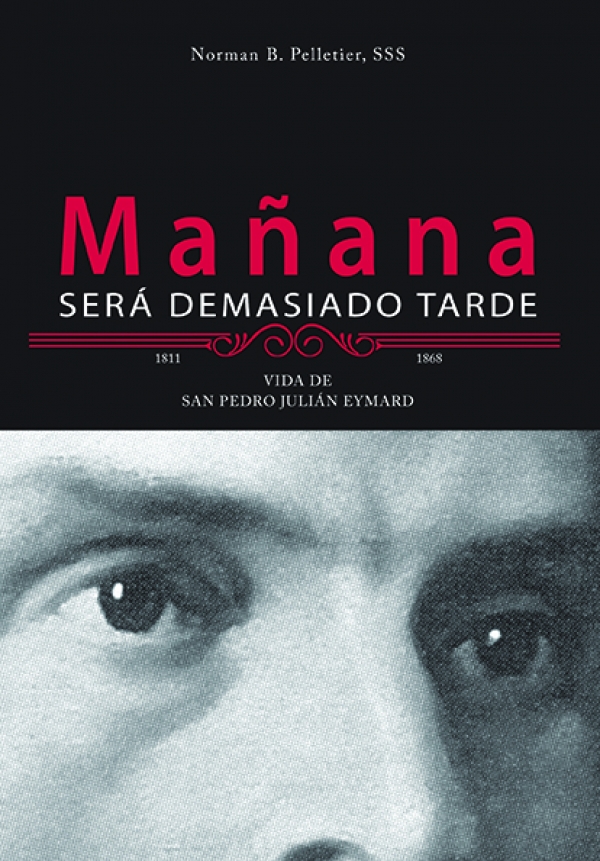 The popular biography of Saint Peter Julian Eymard, “Tomorrow will be too late”, written several years ago by Father Norman B. Pelletier, sss, former Provincial Superior and Superior General of the Congregation of the Blessed Sacrament, is known to many of you. We are happy to announce that we have been working on producing a Spanish language translation because of the increased need for Spanish literature in the USA and throughout the Spanish-speaking countries of the Congregation around the world. Its title will be “Mañana será demasiado tarde” which is a translation of the English language title.

Father Norman who wrote the first English edition of Tomorrow while he was Vicar General of the Congregation in the early 1990s, continues to refine his research into our saintly Founder. At present, he is researching and writing on the History of the Congregation of the Blessed Sacrament after the death of Saint Peter Julian Eymard in 1868. We have hopes that shortly this new volume which will inform readers of the early development of the Congregation will be well received. It will be the first history available in English since all of the present resources are in French.

The Spanish edition’s translation has been reviewed and corrected by Father Loyola Gagné, sss, former Secretary General of the Congregation now residing in Québec, Canada and Father Wilson de Jesús Duran Cruz, sss, Director of Students in Bogotá, Colombia. We are most grateful for the tireless hours that they have spent in making sure that everything to do with this translation was readable and correct. We are most grateful to the Province of Brazil-Argentina-Chile in South America for allowing us to use similar formatting to their Portuguese edition.

If you are interested in obtaining a copy of this Spanish edition of Father Norman Pelletier’s thought-provoking life of Saint Peter Julian Eymard, write to Spanish Biography, Congregation of the Blessed Sacrament, 5384 Wilson Mills Road, Cleveland, Ohio 44143-3092, USA. 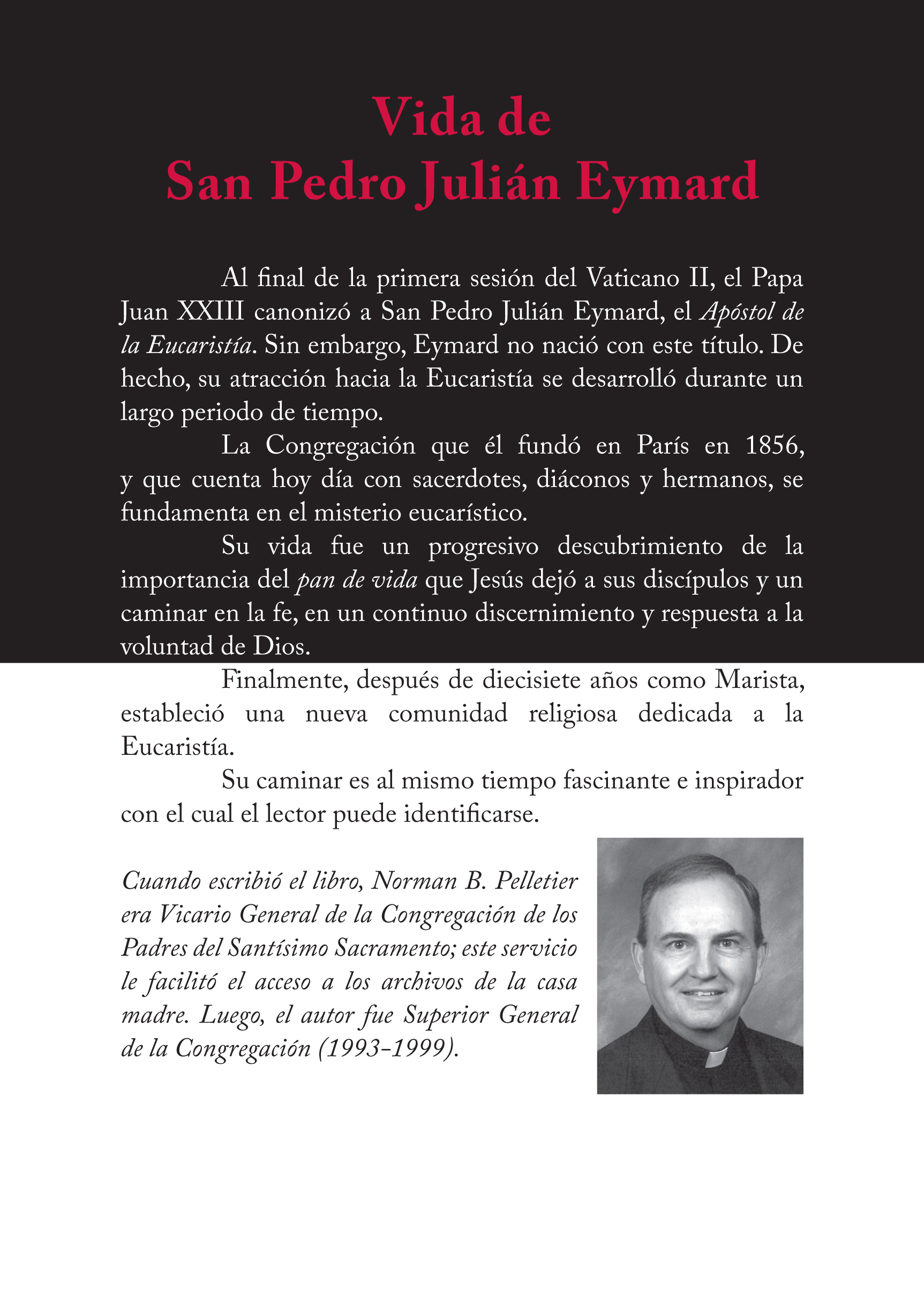 Last modified on Wednesday, 09 May 2018 08:54
Tweet
Published in Publications
More in this category: « «Rimanete nel mio amore» “In God’s Time” »
back to top