Servants of the Blessed Sacrament 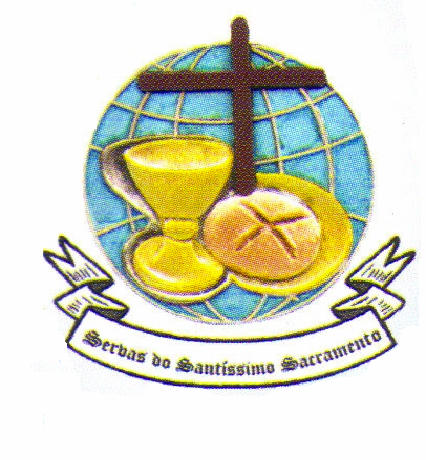 We are a congregation founded 155 years ago (May 25, 1858)  in Paris, France, by St. Peter Julian Eymard, the Apostle of the Eucharist, with the cooperation of Mother Marguerite Guillot (1815-1885), who became the first Superior General. The foundation took place two years after that of the Fathers of the Blessed Sacrament. In 1864, the Congregation was erected in Angers and on July 21, 1871 received approval by Pope Pius IX.

We form a Religious Community committed to realizing the ideal of the Founder: to love, to worship, to announce Risen Christ to the world, present and revealed in the Eucharist. We live guided by the protection of Our Lady of the Blessed Sacrament, our Patron and our Mother and Model.

The Servants of the Blessed Sacrament share the same charism as the Religious of the Blessed Sacrament. Hardly had he started his first community in Paris than Father Eymard dreamt of the female branch. He guided Marguerite Guillot towards the way he knew she was called. On May 25th, 1858, together with her sister Claudine and Mrs. Richerd, she discretely entered under Father Eymard’s tutelage at rue du Faubourg Saint-Jacques in Paris. On July 31st 1859 the first “Servants” pronounced their private vows. Finally, on May 26th, 1864 they received the canonical recognition from Monsignor Angebault, bishop of Angers. Around 600 conferences given by Father Eymard to the Servants, now accessible in the Internet Online edition of his writings, indicate his singular solicitude for his daughters.

After Father’s death, Mother Marguerite was in charge of looking after the formation and animation of the Angers community, which did not cease growing. She saw to the improvement of the Constitutions written by the Father and presented them for a first approval in 1875. Then, ten years later, she received the definitive approval from the Holy See. Shortly afterward, on July 7th1885, after completing her task as a faithful servant, she gave her soul to God.

In the 1900, the Paris community which was established in 1876 at no. 14 Rue Leclerc, occupies a new convent and chapel at no. 16 Rue Cortambert. Then there were the expansions abroad: in Canada in 1903, in Brazil in 1912, in the United States in 1947, in Australia in 1950, then in Italy, the Netherlands, in the Philippines, and finally more recently in Vietnam where more than a hundred nuns are engaged in a special way to serve the handicapped and the poor.

The Servants’ way of life has changed, but the ideal that Father Eymard entrusted to Marguerite Guillot remains: to form true women adorers of Jesus-Eucharistic following the model of Our Lady of the Cenacle, adoring and living near the divine Tabernacle (20 September 1856). 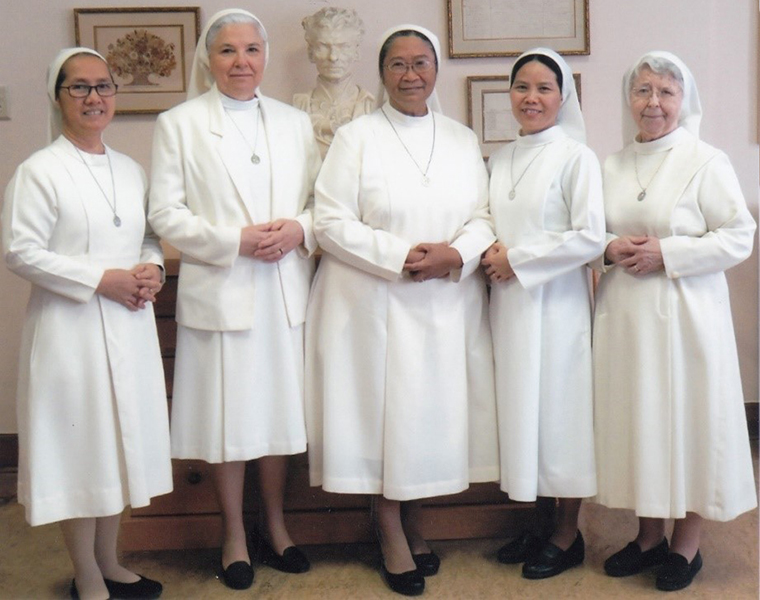 Sisters in the service of the Eucharist

“We are a Eucharistic contemplative Congregation of Sisters. We are centered on the Person of Christ in the fullness of the Eucharistic Mystery and wholly dedicated to His love and glory. Contemplation and apostolic love are united in a life of Adoration and in activities toward this Mystery of Faith.” (Rule of Life #1)

The sisters are doing their utmost so that Christians rediscover, love Him, worship Him, and I announce where they live. Over the years, the Congregation of France has extended worldwide radiating Eucharistic love with open communities in Italy, the Netherlands, Brazil, Canada, USA, Australia, Philippines, Vietnam. 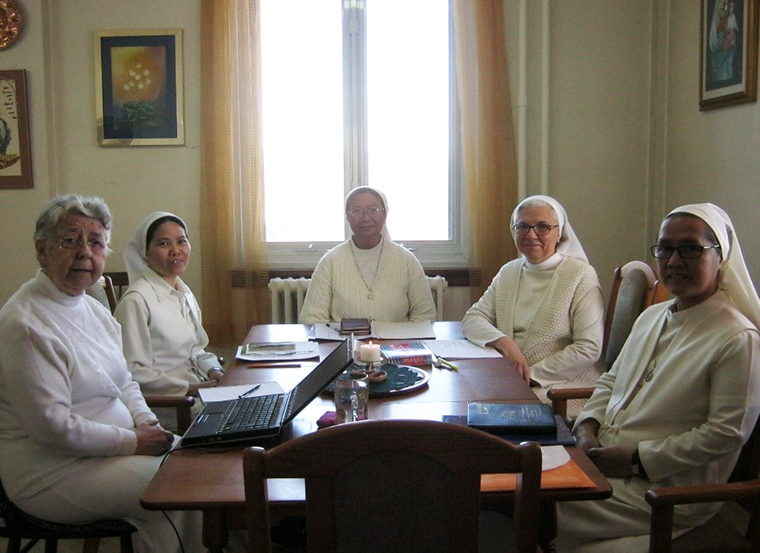 It is an international community adapted for an International Novitiate. But France remains the cradle of the Congregation where we live an intense life in the Eucharist.