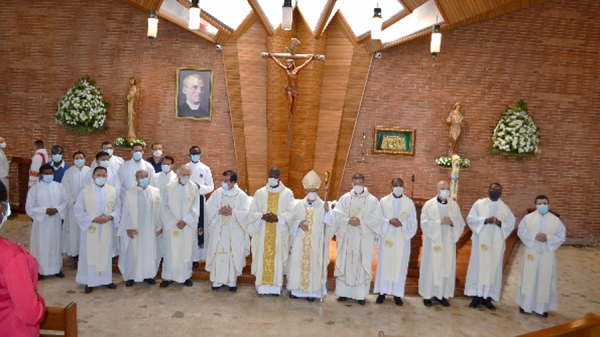 “To be Bread Broken for the life of the world” is the basis of our Eucharistic spirituality starting from the “Gift of self” - a spiritual legacy that Father Eymard bequeathed to his religious family, the Congregation of the Blessed Sacrament. This initial phrase challenged me and continues to challenge me deeply from the Novitiate stage, a time of grace par excellence to read, meditate, understand and undertake maturely the Eucharistic spirituality that today’s SSS religious everywhere in the world commit themselves to live.

On April 26, 2021, the Province of San Juan XXIII gathered at the Corpus Christi Parish - Bogotá, Colombia, to celebrate joyfully the event of my priestly ordination. The sacrament of ministerial order was conferred by His Excellency Monsignor Luis José Rueda Aparicio, the Archbishop of Bogotá and Primate of Colombia.

“Grace” is the term aptly describing the sss itinerary that I pursued on entering the Congregation until my priestly ordination for the service of the Church and my Eymardian religious family. Writing this note, the following saying came to mind: “everything is grace, God is leading us.” 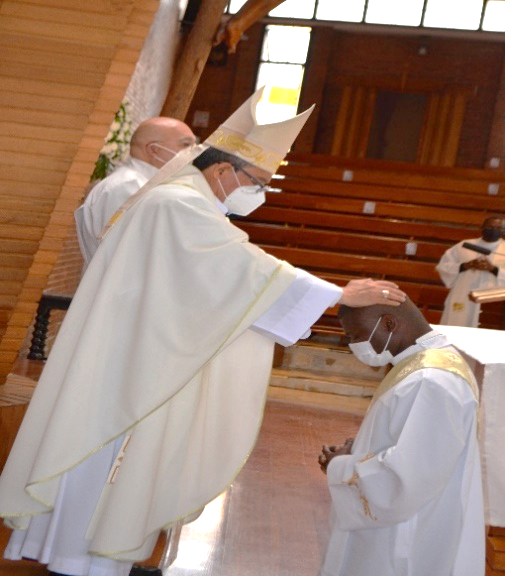 I embrace the presbyteral ministry with great humility thanking the brothers of my Province San Juan XXIII and those of the General Council for their support, nearness and forbearance. Eucharistic life is very demanding and challenging, even more so in this difficult period being lived by humankind. But at the same time, it is an encouraging occasion of total openness to grace, a time to allow oneself to be moulded by docility to the Spirit and to be a constant seeker of God’s will in contemplation of his Eucharistic presence.

During the homily, the archbishop, alluding to the challenge of Peter’s proposal in the Acts of the Apostles (Acts 11: 1-18), recommended three fundamental aspects: 1- The docility to the Spirit in carrying out my ministry to spread the values of the Eucharist. 2- Obedience as openness to grace in serving my Congregation and the Church where they need me, and 3- To be a constant seeker of God’s will, as was the case of Father Eymard throughout his religious and ministerial itinerary.

May the Lord enlighten me through the intercession of Saint Peter-Julian Eymard for my ministry to be fruitful and always directed by docility to the Spirit!