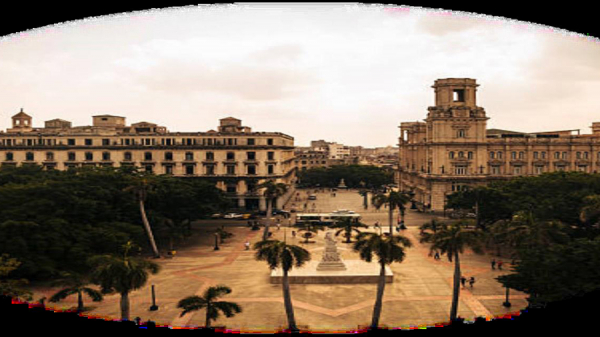 "Havana lacks a History (...) the oldest ones invent another story, a lie, as it should be (...) between Havana-that-does-not-exist and Havana-a-paradise-lost."

Days later an agent of the government came to our house asking for Father Gregorio Urquiola. I received him in the hall. He brought me bad news. He was on a long list of citizens who had to leave the country. In vain I tried to find out the reasons for my dismissal. He told me that he was simply a government agent who had the task of giving me the news and that, of course, he was completely unaware of the reasons for my dismissal.

In these circumstances, Father Gorostidi, having chosen to leave the island, decided to stay with Fr Segundo Urquia. Just in case, I went both to the Archbishopric of Havana, where the Archbishop, Msgr. Evelio Diaz worked, and also to the Spanish embassy, in an attempt to obtain some countermand that would leave things as foreseen, but the efforts were futile.

Thus, I was preparing for my departure, following their instructions, as any tourist or passenger does. The only airline company available was Cubana de Aviacion and, because the request for the limited number of seats was great, I had to wait several weeks for them to assign me a seat.

The appointed day arrived, and I left Havana for Bogota on 16 July 1961 together with Father Ignacio Eguibar and Brother Vicente Urquia by the normal exit gate. The journey was perfect… not without some nostalgia. Oh, beautiful little Cuba!

Last modified on Friday, 28 January 2022 15:04
Tweet
Published in News
More in this category: « AGGREGATION OF THE BLESSED SACRAMENT at Santa Maria di Piazza in Turin Fr. Alvaro SSS, 3 November 2021 30 years of Priestly Ordination »
back to top