SSS Uganda, Grateful for the Gifts of Vocation 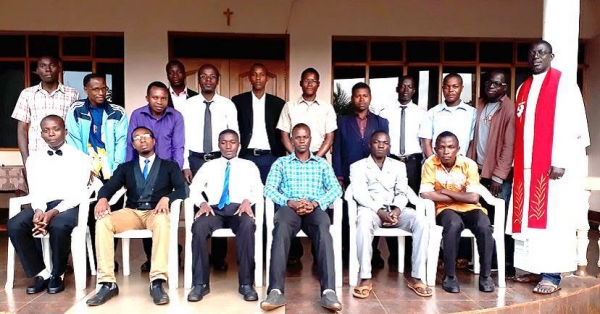 The seminarians in Uganda are increasing quite steadily for the past few years, which is something to be inspired about. Currently, for the first year Aspirancy, the Uganda community especially the Jinja House is expecting eleven candidates. Five have already reported and the remaining six will be reporting this October. The second year Aspirants number six from the original eight. The Postulants are five in total. All in all, there are now 16 seminarians in Jinja House. Moreover, in Senegal there are two Ugandan second-year novices, while in Congo there is one second-year scholastic and three third-year scholastics. Thus, for this school year, there may be 28 seminarians in our Uganda community.

This is indeed a source of joy and a challenge. The Province is overjoyed by the blessing of vocation for the almost 60-year old community in Uganda. This rising trend in vocation will assure a continuing presence of the Congregation not only in Uganda but even far beyond its borders. However, there is a need now to immediately restructure the house of formation to accommodate our growing number of seminarians. More importantly, there is a need for SSS religious to help in the formation of these young future Sacramentinos. Though faced with enormous challenges, the community resolved never again to consider limiting the number of qualified applicants for acceptance. Since it is the Lord who is blessing us with vocation, we just have to accept them if they pass our requirements, because the Lord will provide for those whom he called.

Last modified on Wednesday, 04 October 2017 14:24
Tweet
Published in Archives
More in this category: « New General Council of the Servants of the Blessed Sacrament Fr. Ferdinand's Experience of Being a Missionary in Uganda »
back to top