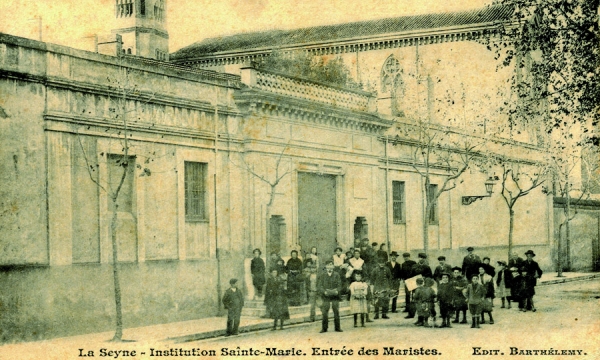 On the 12th of September 1851, Fr. Eymard, then a Marist, was appointed as superior of the community in charge of the Marist college in the city of La Seyne-sur-Mer. This city lies on the southern border of France’s Mediterranean coast and just across the Bay of Grande Rade lies the city of Toulon. It was in this twin city that Fr. Eymard lived for five years (1851-1855). Given the ideal location, Toulon was a gateway to the external world and so was a departing point for Marist missionaries to the missions.

Led by Fr. Manuel Barbiero, a group of 18 pilgrims visited from the 6th to 8th of June 2017. We saw for ourselves these twin cities which in the 19th century, were the milieu that marked the last stage of the development of Fr. Eymard’s eucharistic vocation prior to the founding of the SSS congregation.

From the cool Alps mountains of La Mure, we descended to the flat coastal warm region of Midi. After a picnic lunch at a former shipping yard now turned park, we knocked at the gates of the College of Sainte Marie, now largely run by lay personnel, with students numbering about a thousand. We were warmly welcomed by one of the three remaining Marist priests. 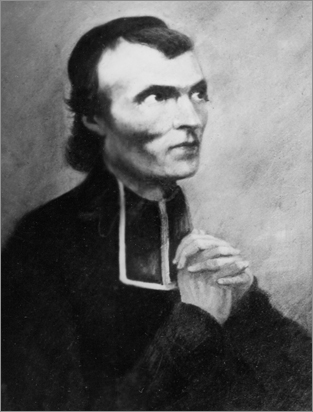 Fr. Eymard was not particularly happy with his transfer to La Seyne-sur-Mer basically because his departure from Lyon, separated him from the Third Order of Mary. He however accepted the transfer as the will of God and immediately settled down to the task at hand.

Fr. Eymard reorganized and brought order, harmony and peace to the college community of staff, students and parents. At his initiative, the college soon registered an increase in the student population from 21 to 80 in his first year. This occasioned the need for an increase in recruitment of more staff who included the hiring of Trinitarian Sisters from Valence to take charge of the institution’s material wellbeing. Fr. Eymard took charge of the spiritual needs of the community by introducing the cult of adoration and frequent communion while he himself gave school retreats and spiritual guidance. Fr. Eymard also taught Latin and Greek to the students.

We discovered that the memory of Fr. Eymard as first superior of the college is still kept. A plaque in the newly renovated school chapel depicts him genuflecting before the chalice on an altar. On the feast of St Joseph, 18th or 19th April 1853, during his thanksgiving prayer after Mass, Fr. Eymard records that he received a spiritual grace that he characterizes as a tender thought of giving himself in service to the Most Blessed Sacrament and the possibility of establishing an order of the Blessed Sacrament.

We also visited the school’s museum which has a collection of different souvenirs gathered from the mission lands of the Marists. These include shells, rocks, skeletons of animals and preserved insects, birds, sea creatures. To our amazement, in the parish church of La Seyne-sur-Mer, we discovered that they too had a relic of Fr. Eymard.

The next day, we toured around Toulon while having been comfortably lodged at the Castle of Castille which is managed by a Chilian missionary order, the Fraternity of St. Joseph, founded by Fr. Federico Alcaman. The Castile complex also houses the diocesan seminary which draws seminarians from different corners of France. 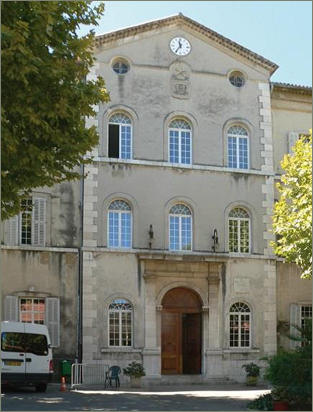 After his retirement from the army, De Cuers settled in Toulon and started a lay group of adorers with adoration of men at night and the women during the day. De Cuers had met Fr. Eymard in Paris in 1849 and so it was at his request that Fr. Eymard started to participate in the spiritual animation of these adorers. This collaboration saw the duo register growth in the number of adorers, such that by 1856 there were 1,800 women and 400 men engaged. A house was even rented for use by the adorers and the Archbishop appointed Fr. Eymard their spiritual director.

Given the fast growth Fr. Eymard and De Cuers rented a house where those who adored at night would rest and take refreshments. Later, the bishop blessed the work by naming Fr. Eymard spiritual director and asking for the establishment of another Marist community in Toulon.

Fr. Eymard catered to the spiritual needs of prisoners. His visits left him sad because of the deplorable conditions in which these prisoners, numbering in the thousands, of different backgrounds and social classes, lived.

On the third day, we concluded our pilgrimage with a visit we made to Aix-en-Pronvence, a city which was the cradle of the Oblates of Mary Immaculate founded by Fr. Eugene de Mazenod in 1816. The Oblates of Mary Immaculate were used by providence to guide Fr. Eymard on his vocational path. Four moments stand out. The first contact was, while on pilgrimage at the Sanctuary of Our Lady of Laus, Eymard met Fr. Jean-Joseph Touche who affirmed him in his desire to be a priest. Fr. Touche not only permitted him to receive holy communion every Sunday but encouraged him to study Latin. The second contact occurred when Fr. Guibert, an Oblate Missionary, while in a preaching mission in La Mure managed to convince Fr. Eymard’s father to permit him to pursue his desire to become a priest. In 1829, at age 18, Fr. Eymard entered the Oblates novitiate in Marseilles where he was introduced to a religious lifestyle of prayer, community and service. Unfortunately, his stay was discontinued five months later because of his poor health. The third important moment occurred in September 1831, when at the request of Fr. Eymard, Fr. Mazenod accepted to recommend him for admission at the major seminary of the Diocese of Grenoble. After ordination, he celebrated his first Mass at Notre Dame d’Osier, a parish administered by the Oblates. The fourth contact was with Fr. Touche, who in 1838 told him about the newly founded Marist Congregation that he entered in 1839. After the founding of the Blessed Sacrament Congregation, thanks to the Marists, a community was opened in Minimes in Marseille.

The pilgrimage enabled us to re-read the history of Fr. Eymard through the places we visited. Fr. Eymard in his search for self-sanctification and sanctification of others was resilient and managed to overcome many obstacles with God’s grace. It is no wonder that in retrospect he was grateful to God who had “led me in degrees to his society.”

Last modified on Thursday, 14 September 2017 10:48
Tweet
Published in Archives
More in this category: « Priestly Ordination at Maputo Perptual Profession: An Affirmation of God’s Call »
back to top