Pilgrimage in the footsteps of Father Eymard 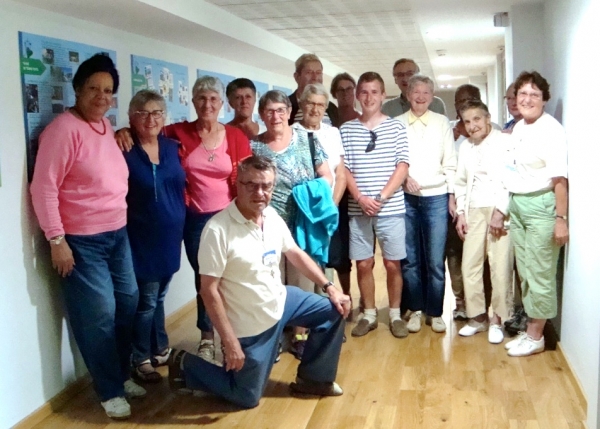 July 11-12, 2018 - Grenoble–La Mure–Our Lady of La Salette.
After our pilgrimages in recent years to Lyons, Our Lady of Laus, Our Lady of Osier, Chatte, Saint-Romans, Ars, where we walked in Father Eymard’s footsteps, Father Manuel Barbiero, who is in charge of the Eymard Centre of spirituality at La Mure, suggested to us to follow St Peter-Julian Eymard in the last days of his life. It is in fact 150 years this year that the saint said his last “yes” to God on 1 August 1868 at La Mure.

Three symbolic places were chosen to live this pilgrimage: the chapel of adoration in Grenoble, where Father Eymard celebrated his last Mass; the shrine of Our Lady of La Salette, which was so important in his life and which he was planning to revisit in July 1868; and, of course, La Mure where he breathed his last breath.

Guided by Father Manuel we were a group comprising thirteen pilgrims who share these two days, coming from the Matheysine, but also from the regions of Grenoble and Lyons.

On the morning of Tuesday 11 July, we gathered in Grenoble at the chapel of adoration in Voltaire Street for the celebration of Mass, in which altogether about thirty persons participated since some people of Grenoble joined us. This place is where Father Eymard, who had left his community in Paris under his doctor’s orders to rest at La Mure, wanted despite his enormous fatigue to celebrate what would be his last Mass. The liturgy of this 11 July 2018 commemorated St Benedict, a patron of Europe. In Father Eymard’s time, this feast was held on 21 March, a day on which Father Eymard made the gift of his personality to God during the Great Retreat of Rome in 1865. After Communion, we meditated on the notes he had written on that day: “The Cross of the saints.”

After he had celebrated Mass, Father Eymard took the stagecoach for La Mure, where he arrived exhausted, suffering from a cerebral congestion. He reposed in his family house looked after by his sisters during his last days. On coming here on Tuesday afternoon, we followed Father Eymard’s journey towards his Easter by reading in the Eymard chapel and near his tomb the accounts of witnesses regarding this last stage of his life and extracts of his letters that led us to meditate on the mystery of death. 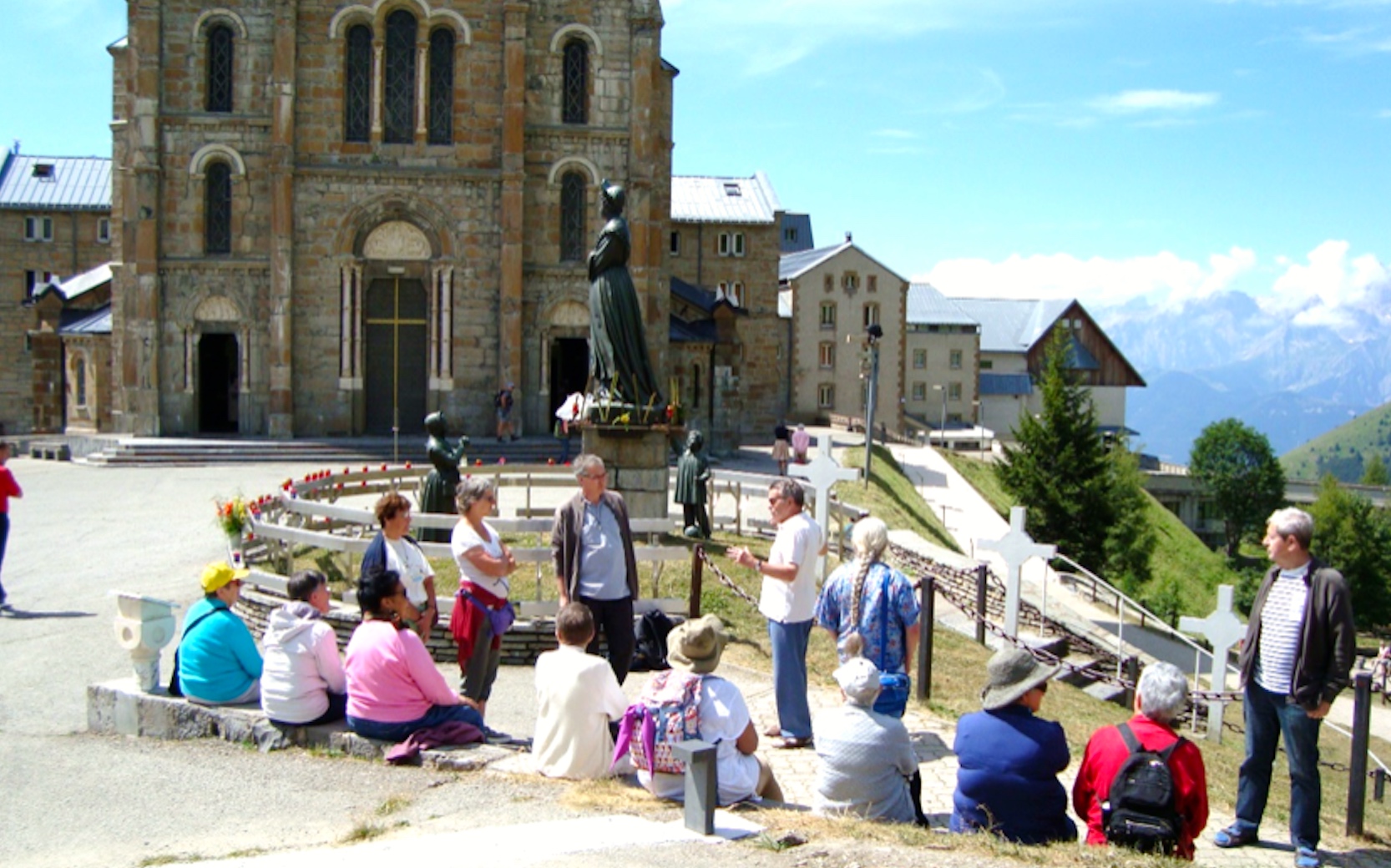 On Wednesday, 12 July, we went up to the shrine of Our Lady of La Salette, a place so dear to Father Eymard. After having learned of the Virgin’s apparition in October 1846 from his sister Marianne’s letter to him a month following the event, he became immediately convinced about the truth of the story of the little shepherds and committed himself to defend it. Although he waited until 1852 for the official recognition before going there, he later visited the holy mountain more than a dozen times. This is because he had chosen Mary as his Mother and always walked hand in hand with her after his mother’s death. Moreover, the Virgin’s message about calling for conversion seemed directly in line with the reparative Eucharistic adoration that was being established at that time in Paris and the devotion centered on the Eucharist that was cultivated at the place of the apparition. A final instance of the importance of this apparition for him is seen in the fact that Father Eymard died clasping in his hand a statuette of the Virgin of La Salette.

As pilgrims of the 21st century, we took part in the Eucharist in the basilica, listened to the account of the Virgin’s message given by Father Michel, an account that this missionary of La Salette presented in a lively way, relating it to our present world, and we meditated on this message in the splendid environment chosen by the Virgin to reveal it to us.

These two days were rich from every point of view: as regards what we discovered, deep sharing, friendship and also little surprises such as that of a young pilgrim, Pierre-Alexis, who having set off on foot from Grenoble to the shrine, passed by La Mure, and shared a part of what we experienced to our great joy.

Here are some words of what one of our group wanted to share. St Peter-Julian Eymard is “a friend,” “someone like us,” “a model,” but also “someone extraordinary,” “someone who encourages us...” His message is simple and contemporary: “The Eucharist contains all God’s love for us;” “We experienced an extract of what life means;” “we lived with Mary at the foot of the Cross, where she is our Mother.”