International Study Commission on the Founder and His Works, or CEFO 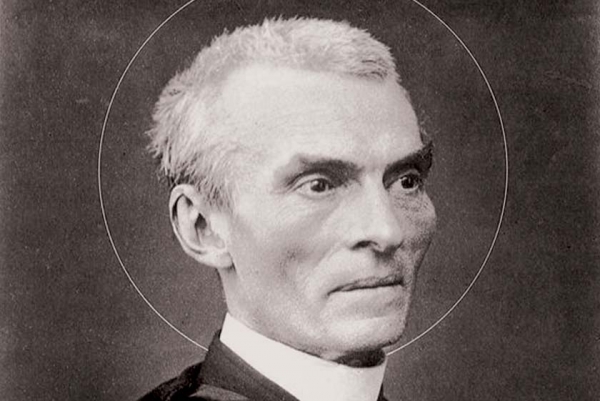 The International Study Commission on the Founder and His Works, or CEFO, was convoked by the Superior General, Fr. Eugênio Barbosa Martins, at the request of the Commission Coordinator, Fr. Fiorenzo Salvi.  The meeting took place on November 6-8, 2017, at the SSS Generalate in Rome.  Also present were the Commission’s other members: Fr. André Guitton, Fr. Manuel Barbiero, Fr. Thadée Mupapa, Miss Mary Keane of the Secular Institute of Servitium Christi and myself.

The CEFO discussed the following: 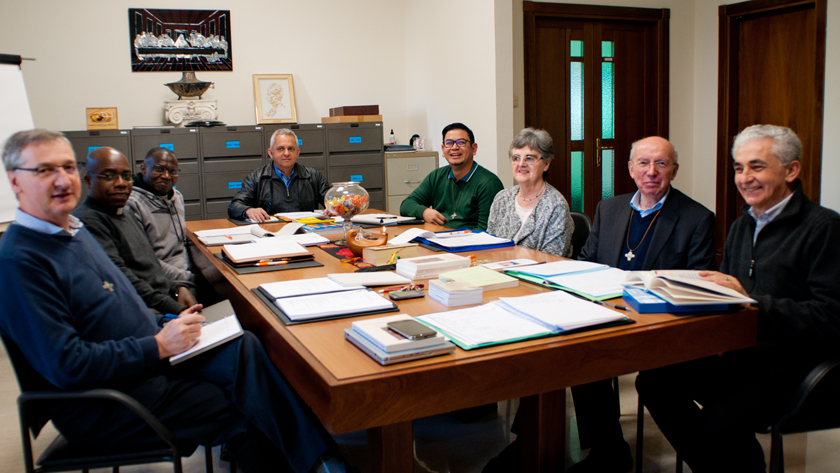 (The following is an account of Fr. Vergel Dalangin’s participation in the meeting of the Commission d’etudes sur le fondateur et ses oeuvres, or CEFO, an international commission of the Congregation at work in making St. Peter Julian Eymard known to his religious, to the members of the Eymardian family and to the general public, through his existing writings and preachings.  With Superior General Fr. Eugênio Barbosa Martins and Vicar General Fr. Martin Tine present, the meeting was held at the SSS Generalate in Rome, from November 6 to November 8, 2017.) 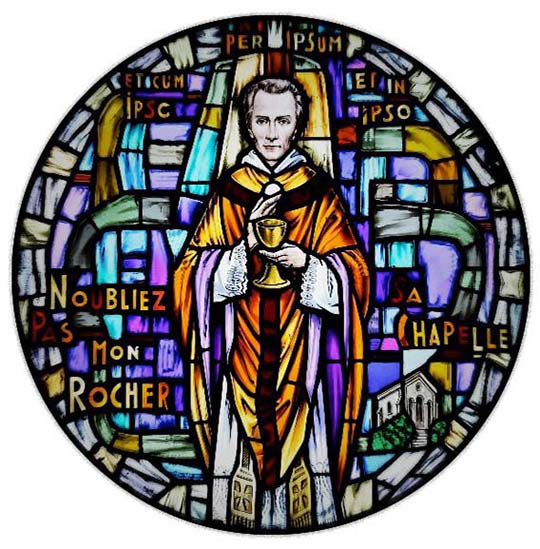 The International Commission of Study on the Founder and His Works, or succinctly known as CEFO, was first formed by the General Council from a small group of SSS priests and religious who had made their mark in the Congregation for their contribution to the spirituality and life of Father Eymard.  To note, the original members, the triumvirate of modern Eymardian legacy, are present: Fr. Fiorenzo Salvi, the head of the commission, Fr. André Guitton, the curator of Eymardian Archives in Paris and Fr. Manuel Barbiero, the president of the Eymardian Spirituality Center in La Mure.  CEFO, in response to the recent General Chapter’s call for a much wider membership, now includes a laywoman, Ms. Mary Keanne, the general directress of the Servitium Christi; Fr. Thadée Mupapa, the former provincial superior of the Democratic Republic of Congo and presently a student in Louvain University; and myself, whose only claim for the inclusion in such an august company of SSS giants is that I was, for a brief period, Fr. Manuel’s assistant in the Spirituality Center in La Mure.

The meeting was a very dynamic exchange of ideas, aspirations, insights, filled with many interesting facts and trivia about our Founder.  Personally, it was a privilege for me to witness how our experts put their heads together to understand a certain text of Fr. Eymard, or to elaborate the historical and cultural nuances that makes the life of our Saint all the more interesting.  Eymard really came alive during and even beyond our meetings.  A case in point: in one of our coffee breaks, Fr. Manuel and Fr. André tried to make sense of the curious account concerning… grapes. During St. Peter Julian Eymard’s last days in La Mure, grapes were among the food that was served to him. This is despite the fact that even until today, grapes weren’t commonly planted in the Matheysine plateau, and that, at the time of his demise, the vintage season was still at least three months away. It suffices to say that never had I had a coffee break in my life that is so decidedly Eymardian! Another is the talk given by Fr. Michael Parker on the interior cenacle that again sparked a brisk and engaging debate that involved historical dates, contexts, linguistic nuances, etc.

Of the many topics that were discussed in the meeting, there are two things worth noting for the Filipino Sacramentinos.  First is the publication of a book, tentatively titled Directoire des Agrégés: C’est le Christ qui vitenmoi, with the members of the Aggregation of the Blessed Sacrament as its main intended readers.  This newest offering of the CEFO compiles the preaching of Fr. Eymard in Foubourg-Saint Jacques addressed to the lay associates of the then-nascent congregation. This will be followed by a book that will compile all the preachings of Fr. Eymard on specific liturgical themes, a future collaborative effort of all the CEFO members who are individually tasked to research on Eymard a particular liturgical season and feasts.  The book is a response to the desire of our priests, religious and lay people to be guided by our Founder throughout the year.  Also, on the occasion of the 150th death anniversary of St. Peter Julian Eymard, the CEFO hopes to publish a slim volume of testimonies by popes, priests and religious on Fr. Eymard.

Another noteworthy detail is the call for the formation of future Eymardian specialists.  To assure that the spiritual legacy of our Founder is faithfully and continually transmitted to the future generations, CEFO foresees a possibility of preparing our religious, both men and women, to academically devote themselves to the study of the history and spirituality of our beloved saint.  Provinces will be encouraged to assign a scholastic or a professed member for such endeavor, someone who can be in long-term collaboration with the Commission.

To end, I wish to underline that all these efforts of the Commission are useful only if the Sacramentinos and all the members of the Eymardian family supplement their rather anemic knowledge of the Founder, by taking initiative to read and study our Founder’s writing.  It is true that the language of Fr. Eymard is dated, somewhat unprecise and at times difficult to decipher, as though he was uncapable of adequately describing his mystical experiences.  But this should not push us to try and make Eymard relevant to the modern world by reducing his life and spirituality into neat and simplistic slogans like “Jesus is there; everybody to him,” and “I must be to Jesus who Jesus was to his Father.”  The commission affirms: St. Peter Julian Eymard is a proof of the Eucharist fulfilled, and he remains to be the ideal and the source of the originality of our Congregation, especially through his experience of the “Gift of Self.”  Many things are still yet to be discovered from him, so that we may truly live the Eucharistic spirituality and rightfully claim to be members of the Eymardian family.

Last modified on Tuesday, 09 January 2018 22:03
Tweet
Published in News
More in this category: « "Voices of December: Concert for a Cause" - A Huge Success A Duo of Sacramentinos in Sri Lankan Church Conferences »
back to top