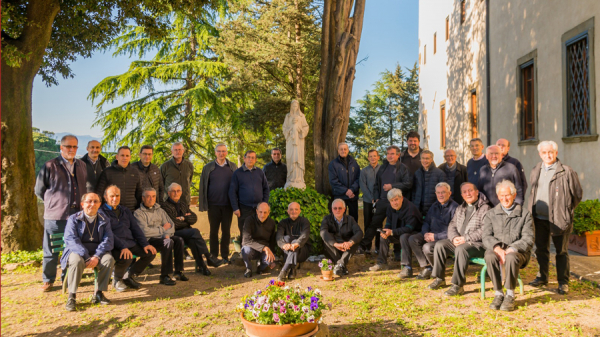 During the last week of April, the second session of the 25th Chapter of the Province of “Madonna del SS. Sacramento” took place at Malmantile (Florence). The work of the chapter, which began on the afternoon of Monday 25 April, first listened to the reports of the delegates of the communities of Italy and Spain regarding the reactions to the draft of the final document, which had been approved at the end of the first session. Overall, there was a positive assessment by the communities, who appreciated the reference to the threefold dimension of "fraternal community, community of prayer, community of service", in the conviction that all our communities could become the “house of Bethany”, a home of Jesus’ friends.

On 26 April, the motion on a missionary centre / missionary coordination was presented, a topic of extensive reflection in the assembly: on the one hand, we note the end of the direct commitment of our Province in the mission “ad gentes”; on the other hand, there is a commitment not to slacken our attention to this fundamental dimension of the life of the Church and to keep alive the urgency of a sense of “missionary conversion” of all our communities in the Province.

On the same day, the second part was presented of the financial report, which was the subject of the group work carried out in the afternoon, focused on growth in co-responsibility in the management of our houses and our resources, in the spirit of an “economy of communion”. In this context, particular attention was paid to assisting our elderly / sick confreres (especially in the houses of Ponteranica and S. Benedetto del Tronto), as we examined the current situation and considered the future prospects of these forms of assistance.

27 April began with the election of the new provincial superior, chosen from among the three names which Fr. General communicated through his Vicar Fr. José Antonio, also present at this session. Fr. Gabriele Di Nicolò, who had been in the previous administration a Consultor and the Vicar of the Provincial. 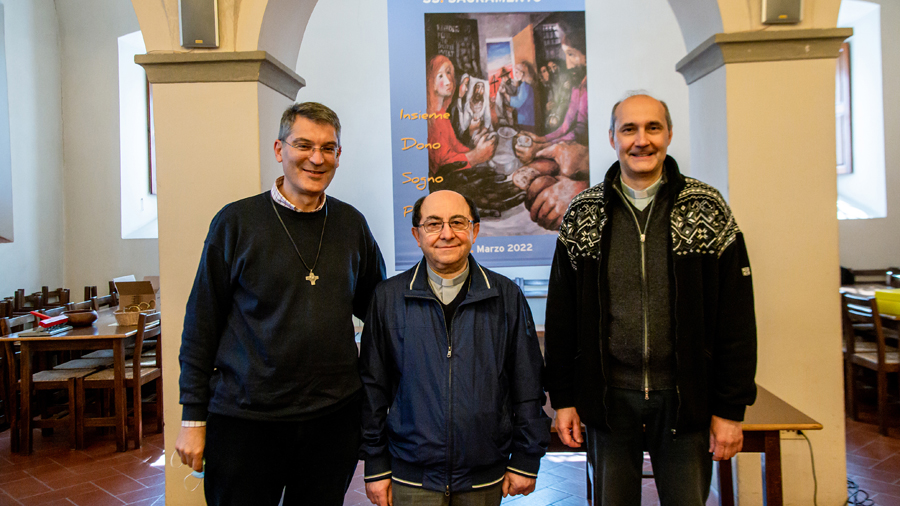 In the afternoon, the new draft of the Final Document was presented, which, in its reformulation, emphasised the following items: the objectives, the operational guidelines to achieve them, the consequent options and choices. An extensive discussion began on this draft, continued into the following day so that the Chapter would come to express some clear guidelines regarding the re-viewing of the size and consolidation of communities, the use of large unused or little used spaces in many of our houses, some possible new community to be opened in “difficult territories”.

No little attention was directed to the theme of internationality, also in the light of a communication presented to the Chapter concerning the European Conference.

On 28 April the voting took place for the Consultors and the Provincial Treasurer, resulting in the following being elected: Fathers Maurizio Zorzi, Manuel Barbiero, Giovanni Furlanetto, Flavio Fumagalli, Matteo Magri (Treasurer). The delegates to the next General Chapter (Fathers Fiorenzo Salvi and Manuel Barbiero) and their substitutes (Fathers Maurizio Zorzi and Rizieri Santi) were also elected.

The Final Document, an object of further reflection especially in reference to its last part ("Options and choices"), was unanimously approved on the same afternoon.

At the official closure the Eucharist followed, concelebrated by the new Provincial Council together with all the capitular confreres, in thanksgiving to the Lord and requesting for the Spirit to strengthen us to “dream together to be a gift and prophecy”, following the example of Father Eymard.

Last modified on Wednesday, 25 May 2022 08:41
Tweet
Published in News
More in this category: « Peru - Lima, celebration of Holy Week Provincial/Regional Chapters - 2022 »
back to top