XXVth Chapter of the Province “Our Lady of the Bl. Sacrament” 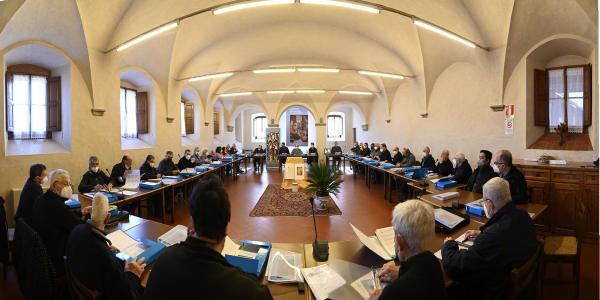 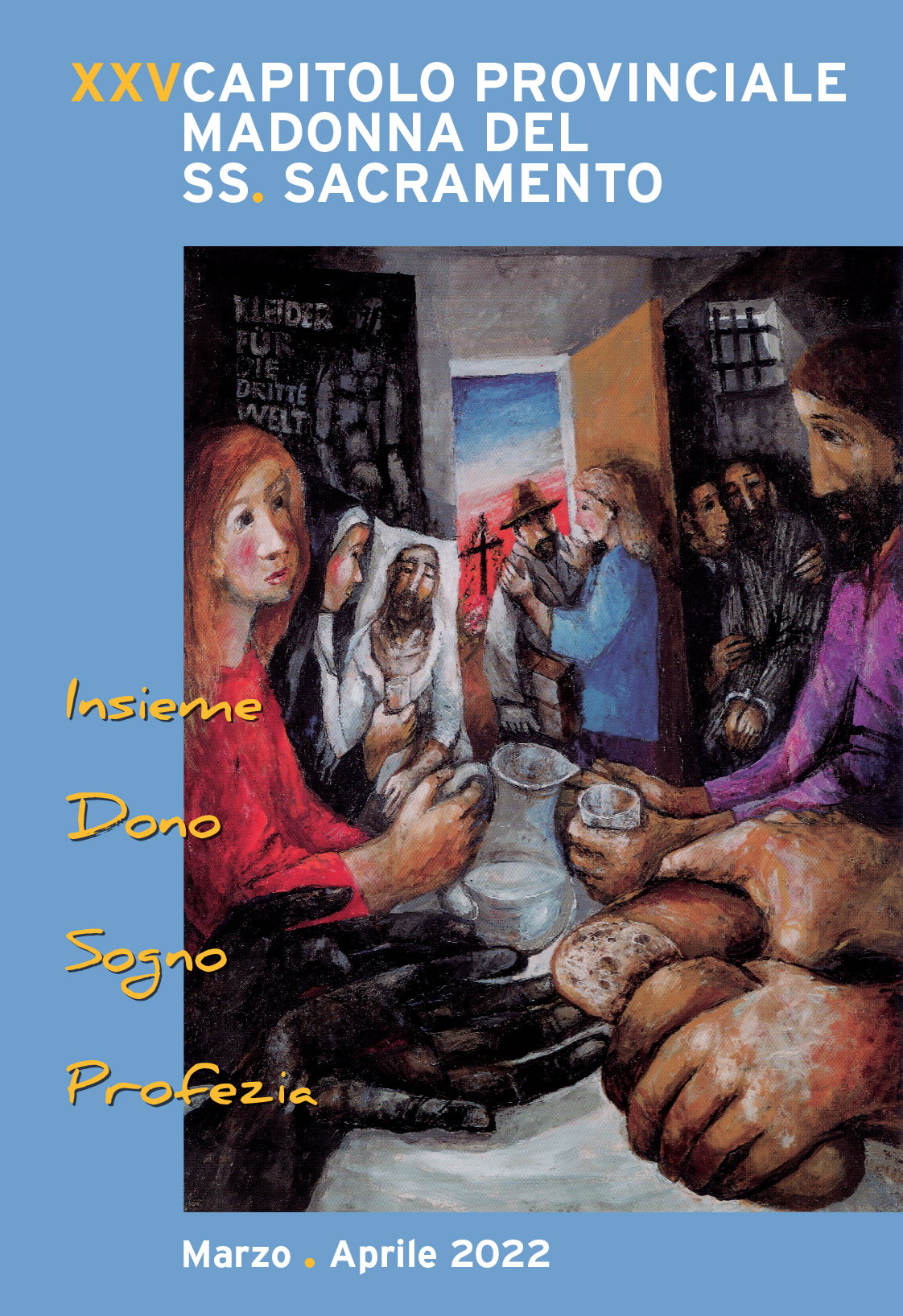 From 7-12 March 2022 the first session of the 25th Chapter of the Province of “Our Lady of the Blessed Sacrament” was celebrated at the House of Spirituality in Malmantile (Florence). In the absence of the Provincial, Fr Domenico Avogadro, who followed the proceedings from his residence in Prato (where he was in quarantine since he was Covid positive), the Chapter was presided over by his Vicar, Fr Gabriele Di Nicolò, assisted by the Council of presidency, comprising Frs Manuel Barbiero, Luca Zanchi, Maurizio Zorzi.

Throughout proceedings, without forgetting the world events (above all the war in Ukraine), it was endeavoured to view them as an invitation to decipher the expectations of people today, in order to respond in the light of the Eucharist following the example of Saint Peter-Julian Eymard.

This Chapter was preceded by a preparatory journey - by means of a pre-chapter document - that involved all the SSS communities of Italy and Spain in reflection on the situation of the Province in the current socio-ecclesial context and on the dream of "universal fraternity", outlined in Pope Francis' encyclical letter “Fratelli tutti”. In this journey we also endeavoured to involve lay people who share our communities’ life and mission more closely, aware that all of us - religious and laity - belong to one large family: the Eymardian Family.

For this reason, at the first session of the Chapter seven lay persons took part from some SSS communities or parishes which they frequent (Malmantile, Milano-S. Angela, Ponteranica, Prato, Rome- Canadian Martyrs). Two Blessed Sacrament religious were also invited: Fr Allen Peña Punu, who - with another confrere from the Philippines - is working in the community of Madrid-Sainz de Baranda; and Fr Martino Bui Van Hong Phuc, a Vietnamese religious who is destined to belong to the community of Bolzano. Representing the General Council, the Superior General Fr Eugênio Barbosa Martins and his Vicar Fr José Antonio Rivera Ruiz took part in the Chapter’s work.

The work of the Chapter, under the logo the “house of Bethany”, a house of hospitality and fraternity, was guided by the third (and last) part of the preparatory document, whose aim consisted in leading the capitulars to point out the paths to be begun and the choices to be made in the perspective of realising the dream of “universal fraternity”. This part of the document, which the capitulars were entrusted to read and personally meditate during entire afternoon of Monday 7 March, was referred to work in groups which, on the morning of Wednesday 9 March, discussed this question: “Which communities can respond to the needs indicated by the document and become like the house of Bethany? How? Why?”.

Rather than indicate particular places, the groups set out above all to point to the conditions that make the dream of fraternity possible, convinced that all our communities can become the “house of Bethany”. This was also linked to reflecting on our large underused or unused structures, resulting in the proposal about assessing their worth in an outlook of acceptance and fraternity.

On the afternoon of Thursday, 10 March, the commission for drawing up the final document presented a first draft of the text, entitled “Ideas for the Chapter document”. Taking up the triple subdivision of the renewed Eucharistic spirituality (fraternal community, prayer, service), it inserted the most significant contributions that emerged above all from the reflection of the groups. 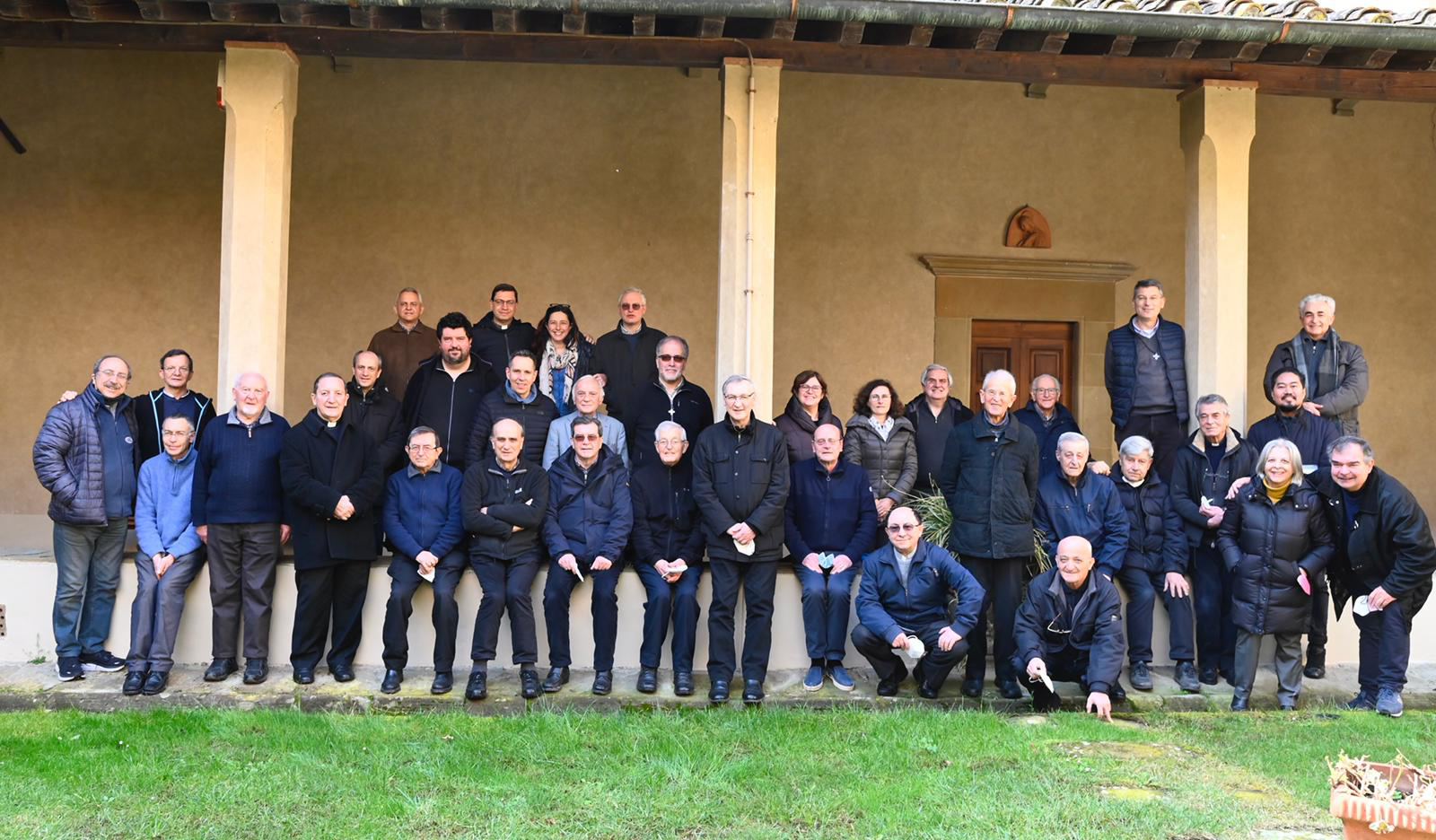 The work on Friday, 11 March, began with the intervention of Fr General, who presented his impressions about these first days of the Chapter journey and highlighted some elements he considered to be a priority, aware that a Chapter cannot be limited to repeat things already said, but must represent every time a new beginning. The rest of the day was devoted almost entirely to group work which, based on the first draft of the final document and Fr General’s intervention, endeavoured to define "audacious and courageous" choices that the Province is called to make in the next four years.

From this work some basic suggestions emerged, among which were the following: the need to transform our communities into being a real brotherhood of religious and the laity; the importance of a liturgy more closely linked to life, by making our life an offering pleasing to God; the necessity of seeking “alliances” with realities external to us, which can help us in carrying out our mission, also in responding to the “educational urgency”. A prophetic sign, in the present situation, could be to use one of our large structures to welcome Ukrainian refugees fleeing the war, as an immediate response to an actual and real emergency.

During this first session, opportunity was also given to the interventions of the community delegates who, at two different moments, reported to the assembly the reflections of the communities on the second part of the pre-capitular document and on three specific items: the Eucharistic Centre, the House of Spirituality, the Missionary Centre / Coordination. Opportunity was given to the Economy, on which the Provincial Treasurer’s report concerning the situation of the communities, was followed by the reflection of the groups, as well as about the illuminating intervention of Prof. Beatrice Cerrino on the “Economy of communion”. The situation of our elderly / sick religious was not forgotten, especially of those present in the communities of Ponteranica and San Benedetto del Tronto, which have the responsibility of caring for them.

On the last day, Saturday 12 March, the definitive draft of the final document was presented; it set out systematically the contributions made by the capitulars, especially by the group work. The draft of the final document, when submitted to the vote of the participants, which included lay and religious guests, received almost unanimous approval. The Eucharist at 11.30, presided over by Fr General, concluded the morning and, with it, the first session of the XXVth Chapter of the Province of “Our Lady of the Blessed Sacrament". At the end of the session, the “intermediate period” has begun, during which the draft of the final document is made known to the communities, which are called to express their view on it with respect to the second session of the Chapter, scheduled to be held from 25-30 April 2022.

Last modified on Friday, 29 April 2022 10:03
Tweet
Published in News
More in this category: « International Theological Commission Frascati 1971: 50 years since the redaction of the Rule of Life »
back to top