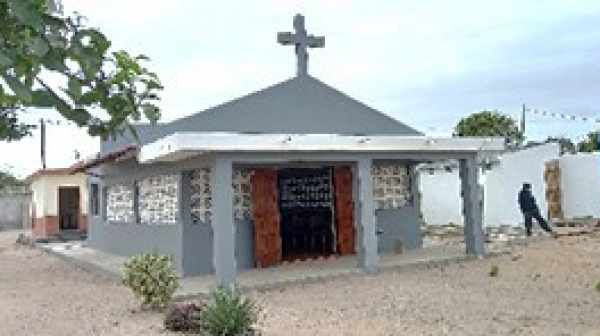 On 1 August 2021 at 4 p.m., a chapel called the “Chapel of Saint Peter-Julian Eymard” of the Blessed Sacrament priests was inaugurated in the Km15 Matola Gare district (Nkhobe). This chapel is situated in the premises of the future SSS community in Mozambique.

Last modified on Monday, 04 October 2021 07:42
Tweet
Published in News
More in this category: « HISTORY: Foundation of the Congregation in Havana-Cuba Perpetual vows, diaconal and sacerdotal ordinations at Kinshasa »
back to top