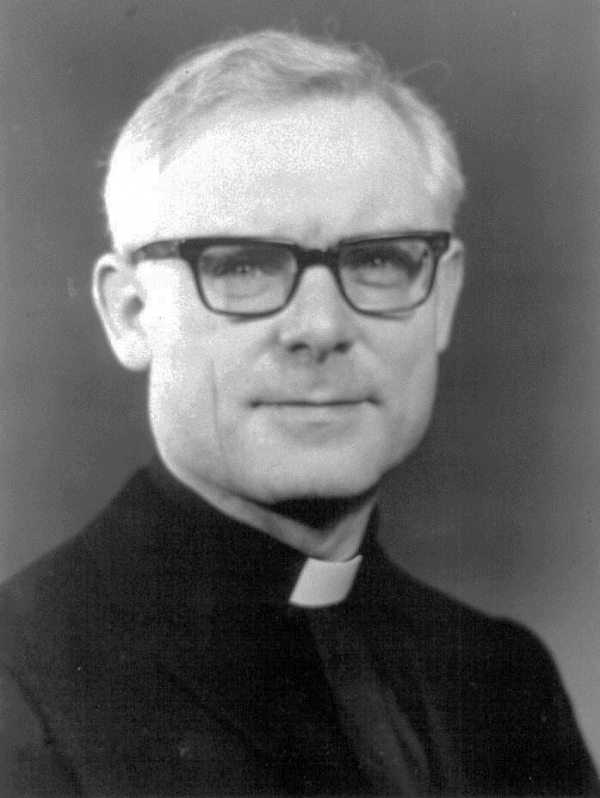 We long for a life full of joy, wellbeing, and health. And yet, experience teaches us that in our life there are also sufferings, sorrows, and diseases, which the coronavirus has brought us, and, in the end, death.

Something deep inside that we call the Christian faith reminds us to say: and yet, nevertheless, death is not the end of everything.

The early Christians were called “those who didn’t fear death.” For them it was an entry into the joy of the Lord Jesus Christ. Death isn’t a destruction, but a change of state, a passing over towards the other side. Life remains what it has always been. Jesus says: “I am the resurrection and the life; whoever believes in me, even if he is dead, will live.” We believe in these words. This is the faith that Harrie had. Not to fear death.

“Whoever dies in peace will live on for a long time in a blessed life.” This conclusion of a book by Mgr Muskens ends a letter sent in 2017 in which Harrie presents some thoughts regarding the celebration of his funeral. Alas, the Corona epidemic doesn’t make everything possible. But Harrie was concerned about his death then, which is very understandable, given his age. He looked forward to a good many years ahead, because he ended with the words “I hope.”

Harrie had thus foreseen his departure. He hadn’t set out the order for the celebration, but he had expressed the wish that it would be marked by hope, joy, and an expression of gratitude to God, his family, and the Congregation. He had therefore chosen the two readings.

That of love, St John’s 1st letter, about which he had written the sentence in bold print: “Whoever doesn’t know love doesn’t know God, for God is love.”

For the Gospel, that of the disciples of Emmaus: the farewell to Harrie seems more like an account of the resurrection.

One really has the impression that this Emmaus narrative is the oldest account known in Christendom written about resurrection. An encounter with the Risen Lord. The Lord is alive, he has conquered death.

But it is likewise a narrative close to human experience. It relates disappointment, fear, and lack of faith, as well as interior conversion and faith.

Doubtlessly Harrie recognized himself in this account, or the path of his experience of faith, and that is why he chose it.

In 2013 we had our provincial retreat at Wahlwiller. Its theme was: In the footprints of the disciples of Emmaus. One conference, given by Harrie, had the title: “Disappointment and how to live with it.” He began by speaking of the period of the 60s-70s. Apropos the disappointment on the part of society, there wasn’t room for God in our world.

For someone brought up in our Christian faith, as he was, it was a great loss.

The Second Vatican Council, he said, in which he had taken part as a theologian (perhaps being the last active survivor of that epoch), had spoken about religious life in a wonderful way.

This was no longer a movement for the elite, having a high status ‘apart’, but a charisma, a particular path of following Christ more closely. And the Church felt called to show God’s love for everyone: He himself had loved the world so much that He had given his Son to deliver it from evil.

During this troubled time for Church and society in 1969, Harrie was elected as Superior General of our Congregation. The task was entrusted to him to bring the Congregation up to date, to introduce it to the renewal, both interior and exterior, as requested by the Second Vatican Council, to make this international dimension of the Congregation evident, in many cultures. This was not taken for granted. And furthermore, to promote the renewal of our Rule of Life. Harrie rolled up his sleeves. The approval of the Rule was brought to completion by his successor, Father McSweeney. One of the former Generals, in offering his condolences, wrote that Harrie had been a “major player” in the renewal of the Congregation.

Whereas in the West there was disappointment, in Asia the Congregation was growing. As Superior General, Harrie made many trips to the East: India, Sri Lanka, Philippines, Vietnam. He was proud of a foundation in Vietnam. Expressions of condolence received from the confreres of these countries are full of praise – like that from so many other countries.

He returned to the Netherlands in 1981 to a much changed Church. Through the roles Harrie had, we understand that from the start he came into his own in positions of leadership. Harrie noticed this polarized Church also during the visit of Pope John Paul II, for whom he acted as the translator, in 1985, among others, in Utrecht. Here’s a little anecdote: Mrs. Hedwy Wasser, on behalf of a group, spoke of the mission area; she suddenly left her text and made some critical remarks. Harrie translated them faithfully for the Pope.

This was even more unpleasant for him because he was sitting between the rows, looking like an bucket upside down. That’s how he described it!

I knew Harrie as someone who didn't belong to extreme positions: neither right nor left. Better: he took the middle course, or rather, the way of love. He certainly had a strong temperament, one view, a clear judgment. And the ‘General’ had not disappeared!

The Emmaus account is one about having an attentive ear, about spiritually accompanying people in mourning, fear, despair, feeling deceived and disappointed. Some people show us the love of God, the presence of God. This is also to give life, through moments of death.

And for many, Harrie has thus been a companion of life and faith. Especially for young religious, in the Congregation, as Provincial or General, parish priest or member of many governing bodies of the Church in the Netherlands.

We ourselves are also disciples of Emmaus, saddened by his departure.

We're here together for a last time with Harrie.

We have opened the Scriptures and soon we shall share the Bread and the Wine - as Jesus did on the evening of the Last Supper, as when he shared the Bread with the disciples of Emmaus.

Those who then saw the Risen One was with them, understood that everything doesn’t end with suffering and death.

We thank the Lord for Harrie's life. His family and the Congregation are grateful to him for all he has shared and given.

The disciples of Emmaus returned full of hope, rejoicing towards Jerusalem. No more sadness, disappointment… The Lord is living!

Jerusalem, the heavenly city, where Harrie is now. This is the house of God, wellspring and horizon of all that exists – the heart and soul of all that happens, all time, final destination of all life.

Harrie, you have arrived home, and after those very tough days, those last months, we tell you: live in peace, in joy. Amen.

We not only say goodbye to a confrere, but also to a brother, brother-in-law and uncle.

I know Harrie was attached to his family. Joke, you can now say a word to him.

Last modified on Wednesday, 24 February 2021 09:56
Tweet
Published in News
More in this category: « The Story of the Aggregation (continued) The ‘Movement Hope and Life’ at Maputo »
back to top