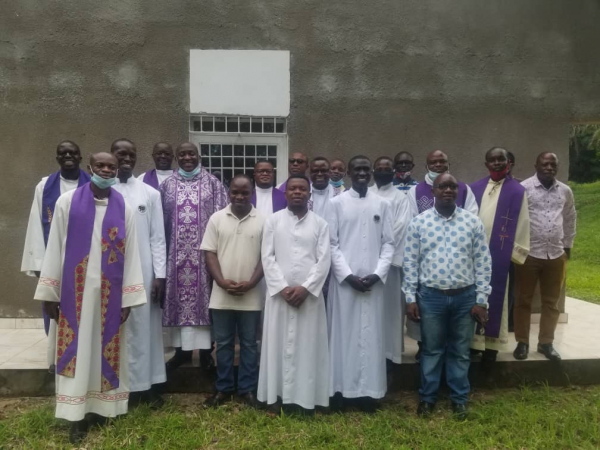 The opening of the IP4 began on 11 October 2020 by a eucharistic celebration over which the Provincial Vicar of the Province of Blessed Isidore Bakanja, Father Patrick Adidolo, presided. In fact, after several delays because of the academic year being prolonged occasioned by the terrible disturbance of Covid-19, we found ourselves in circumstances in which the IP4 could not be carried out at the usual time, nor in the usual place, for which reason it was conducted this year from 11 October to 21 December in the Eucharistic Centre at Mont Ngafula. The General Statutes, in fact, require that Provinces/Regions arrange that before perpetual profession there be a period of preparation of three months under the direction of a competent guide (cf. GS 60.02 §2). This is a time for deep reflection prior to definitive responsible commitment.

There were four of us: three religious who have ended the first cycle of theology, Brothers Christian Mukuwa, Alfred Kumanzembe, Paul Birame Ndour; and a religious who is completing theology in this academic year 2020-2021, Brother Boniface Wagane-Faye. The Director was Father Victor Roland Badji, who is at present the spiritual director of the Interafrican Scholasticate Emmaus. During the period of the IP4 focus was directed above all on the value of prayer, personal reflection, and spiritual reading. This is because the Congregation highlights as of capital importance this time of evaluation, retrospection, reflection, and prayer.

A programme had been arranged in such a way that pointed out the objectives of this very important moment and the daily and weekly schedule, in which an important place was dedicated to spiritual activities. Conferences were planned on several themes, namely: the Founder and the Congregation, our charism, the vows, religious life… The speakers were older confreres, except Sister Josée Ngalula who is a religious of Saint André and a professor of theology, who spoke to us about the religious vows: poverty, obedience, and chastity. There was discussion following the teaching given and weekly evaluations, which enabled us to improve the carrying out of activities. Furthermore, every Sunday, two by two we went to assist in pastoral care at a parish, either at the parish of the Blessed Sacrament or that of the Martyrs of Uganda.

The last talk regarding integral human and religious maturity was given by the Provincial Superior, Father Anaclet Bambala. This session was interactive and provided much instruction about fraternal life, dealing with emotions and responsibility in life generally and particularly in religious life. Clearly it must be recognised that most of the conflicts and tensions occurring in our communities are due in large part to inability to handle our emotions that brings about aggressive and hostile reactions. 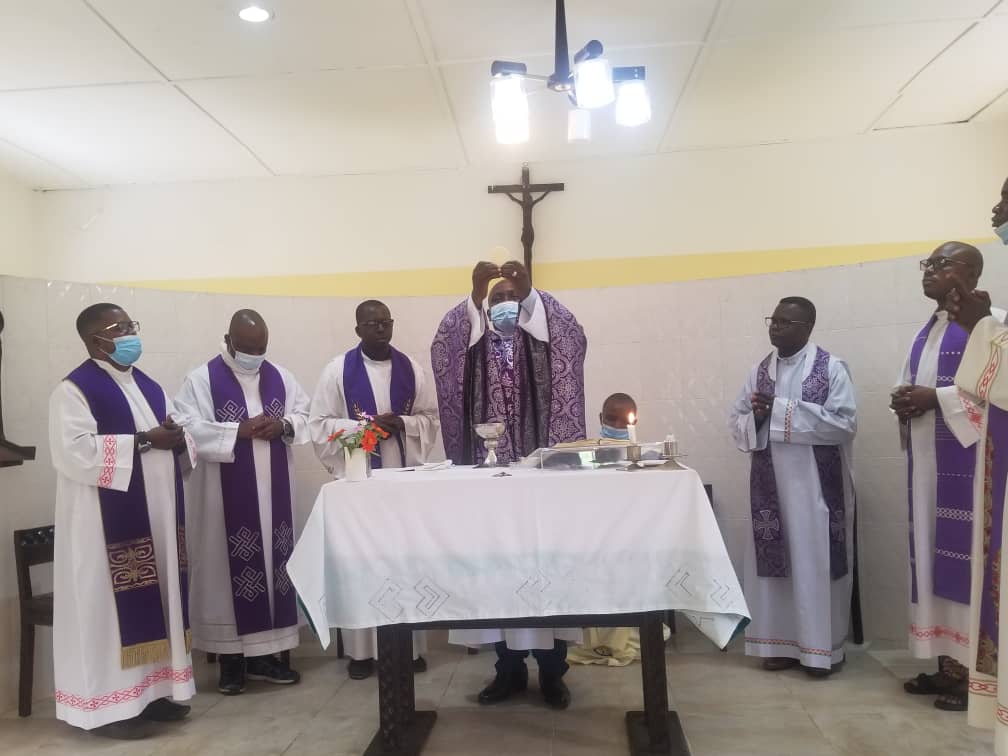 Session with the Superior General Fr. Eugênio and the Consultor Fr. Agostinho

On 11 December, in the presence of the Superior of the Province of Blessed Isidore Bakanja of the Dem. Rep. of the Congo, Father Anaclet, and our guide, we engaged in conversion with the Superior General and the Consultor responsible for Africa. This 2-hour conversation took place virtually by a live video conference by means of the Zoom Platform. In this exchange, the purpose was first of all for us to express our impressions of this period of the IP4, then about the deepening of awareness we reached through our intense medi-tations on the teachings presented in respect of the different themes, and finally regarding conveying our concerns and our suggestions about improving the programme in the future. Apropos this, there were certain matters that recurred, among which were the following: our SSS identity, the encouragement of interna-tionality, the encouragement for specia-lization, regular communication between our various scholasticates around the world, ensuring always a balance bet-ween our spiritual and structural activities or even between our apostolate and the resources of our works.

Thus this wonderful period of the IP4 came to a close on Monday, 21 Decem-ber, with a Eucharistic celebration presided over by Father Brel Daouda Malela, the Superior of the Cardinal Emile Biayenda Region and President of the African Conference (CA). To this occasion, some scholastic confreres and some members of the Blessed Isidore Bakanja Province were invited. The Eucharistic celebration was followed by a fraternal meal which ended the day.