Community of the parish of Our Lady of the Blessed Sacrament and Holy Canadian Martyrs, Rome 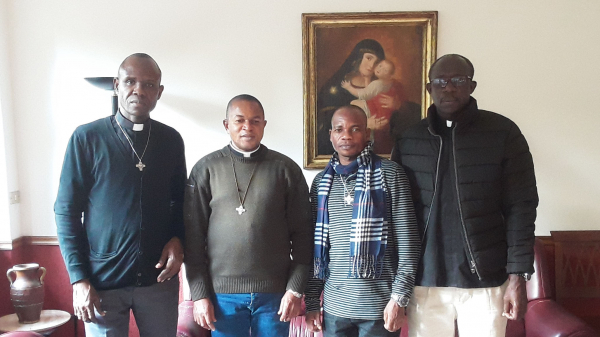 In November 2019, at the general assembly of the African Conference (AC) held in Brazzaville, the General Council, after many years of reflection on the situation, asked the said conference to undertake the management of the Parish of Notre Dame of the Blessed Sacrament and Holy Canadian Martyrs in accordance with their possibilities. This request was accepted by the members of the AC. On behalf of the entire African Conference, I would like to thank the members of the General Council for their trust.

After consultations carried out at the level of the different provinces and regions, a proposal of a team was made and forwarded to the General Council. Based on this, the General Council established the composition of the new community:

Open to the reception of SSS religious who want to carry out specialized studies in Rome, as requested by the General Council, the community welcomed Father Wilfredo Justin Montanez (Philippines) who is undertaking studies on the Social Doctrine of the Church and Public Ethics.

In the initial programming the new community was to be in place from June 2020, but because of the pandemic linked to Covid-19 this plan was not realised until November 2020.The first three religious (Fathers Nicaise, Olivier and Antoine) arrived in October as part of the community of the General Council until 9 November 2020. Not to leave the new community alone in the administration of the parish, Father Flavio Fumagalli, a member of the former group while remaining in the community of the General Curia, is responsible for accompanying the new community until the end of the pastoral year 2020-2021. We express our gratitude to Father Flavio for his availability.

On Thursday, 29 October 2020, a meeting took place between the General Council and the new community. On 30 October it was Father Flavio's turn to meet the community. And on Sunday, 1 November, the new community was presented to the parish community. Following these different procedures, the time had come to say to the community: "it’s time for you to be set on your marks to go". On Thursday, 5 November, after drawing up the monthly and annual budget during the first community meeting in the presence of Father Agostinho Maholele, a General Consultor, the community decided that each one would take turns cooking and see to their laundry, since given the current financial situation it is not feasible to employ a cook or a laundress.

On Tuesday, 8 December 2020, the Feast of the Immaculate Conception, Father Nicaise was installed as parish priest. The Eucharistic celebration was presided over by His Excellency Monsignor Guerino Di Tora, the Auxiliary Bishop in charge of the northern sector of Rome. 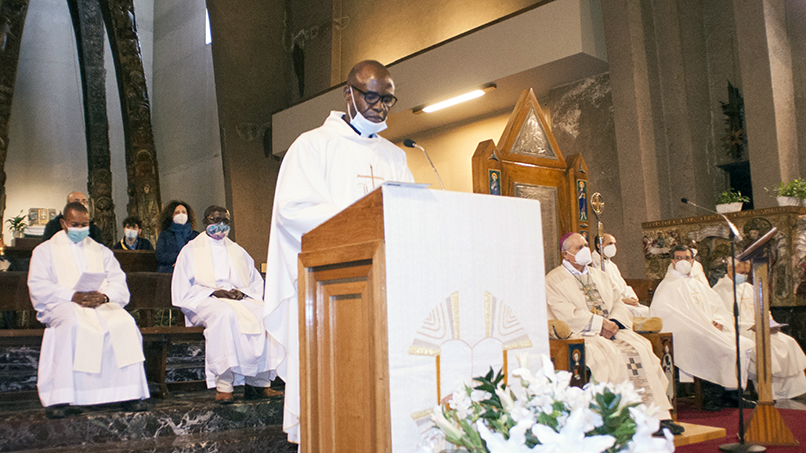 To live one of the aspects of fraternal life in community, every Sunday at 12:30 p.m. the two communities will meet in the General Curia to fraternize. On the last Sunday of each month, they will have lunch at the Curia and on the second Monday of the month the parish community will invite the confreres of the Curia for lunch. Two distinct communities which live in the same building in a true fraternal communion, respecting their differences and responsibilities.

Last modified on Tuesday, 29 December 2020 10:32
Tweet
Published in News
More in this category: « “Living the Moment”: SSS Golden Jubilee in Ireland The Story of the Aggregation (continued) »
back to top