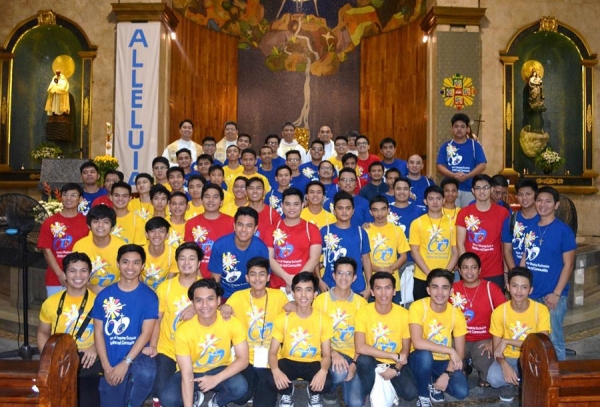 In his homily at the culmination of the three-day Vocation Convention of the Blessed Sacrament Vocation Club (BSVC) and the SSS-Parish Youth, Fr. Provincial spoke of the importance of the participants as possible successors in the mission of the SSS to “respond to the hungers of the human family with the riches of God’s love manifested in the Eucharist.” He said, “One of the highlights of the yearlong celebration of the 60th Foundation Anniversary of the Sacramentinos in the Philippines is the Vocation Convention. This is for the obvious reason that the Congregation in the Philippines still wants to exist even after 60 years, and not only for another 60 years but for as long as God wants it to last.” Thus, there must be focus on the vocation of the young men who, if given a chance to know the charism, spirituality and mission of the SSS, might consider entering and becoming part of the congregation.

This very successful gathering of the members of the Blessed Sacrament Vocation Club and the SSS-Parish youth for vocation awareness and promotion was held at the Provincialate of the Congregation in Quezon City on May 12-14. The theme of the Convention was “You’re Not Alone In This Journey,” which was even made into a song by one of the BSVC members. The song was launched as the official theme song of the Blessed Sacrament Vocation Club nationwide.

The 64 delegates started coming in the afternoon of May 11 (Thursday); thus during the evening prayer, the participants were almost complete. After dinner, the delegates enjoyed socializing with their fellow delegates at the volleyball court. During this social night, the participants were formally welcomed and given the necessary orientation. Then, they retired to replenish their energy after the long and tiring journey and to be physically prepared for the three-day affair.

These three days of coming together was meant to promote vocation, in general, and the Religious Life as lived and witnessed to by the Sacramentinos, in particular. The SSS-Parish Youth, who are not yet part of the BSVC, were invited to discern God’s call to them in the company of co-discerners and actively engage in the vocation ministry of their respective parishes. 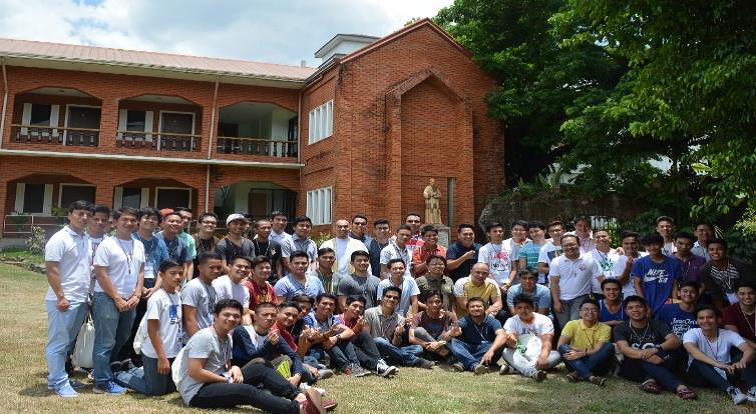 The program was designed in such a way that prayer, which is a very important aspect of SSS life, is present and emphasized. Through the scheduled daily celebration of the Eucharist, adoration of the Blessed Sacrament, morning and evening prayers, solemn benediction and Marian devotions, it is hoped that the participants will realize that the very core of the community life and the primary apostolate of the SSS is Prayer.

Talks or input were also given importance in order to make the participants deepen their awareness and knowledge of the Blessed Sacrament Congregation and the Blessed Sacrament Vocation Club: Fr. Allen Peña (Assistant Scholastic Director) about “Eucharist and Vocation” while Fr. Vergel Dalangin (Novice Master) about “BSVC History and Life”.

The gathering was also full of interactions among the participants especially during Bonfire Night (12th of May) and Cultural Night (13th of May). These two events gave the opportunity for the participants to share their individual talents in singing, playing musical instruments, dancing and acting. But the more formal mode of their interaction was during the “Getting to Know” session and Emmaus Hour (sharing in small groups). In these activities, the delegates were challenged to share some facts about themselves with the other participants whom they just met for the first time.

During the third and last day, T-shirts were given as souvenir, which they wore for the celebration of the Mass at Sta. Cruz church. Then, back at the Provincialate, they concluded the three-day get together which developed into friendship, camaraderie and deeper sense of the faith and of being a church. Thus, they all left the venue with BURNING HEARTS!