The Religious of the Blessed Sacrament and the Great War 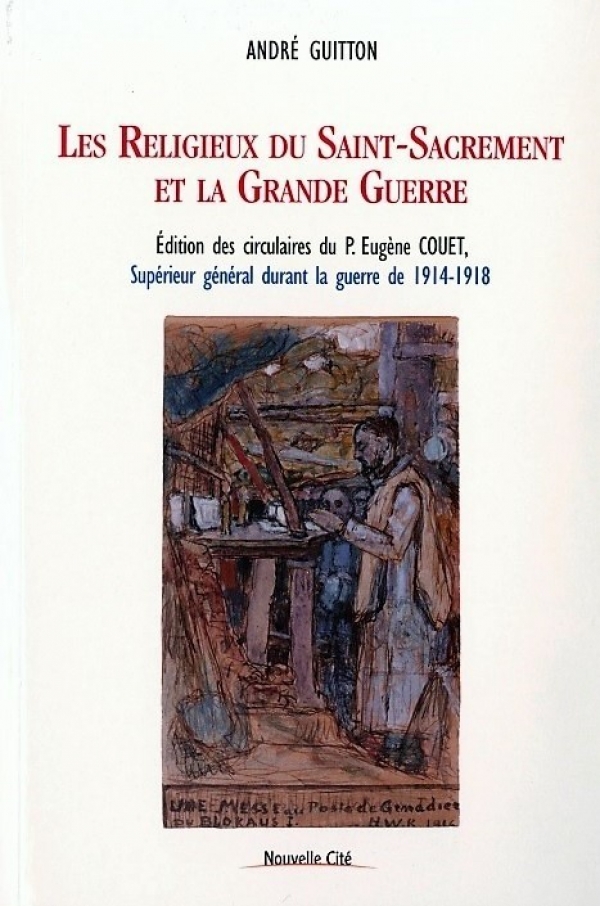 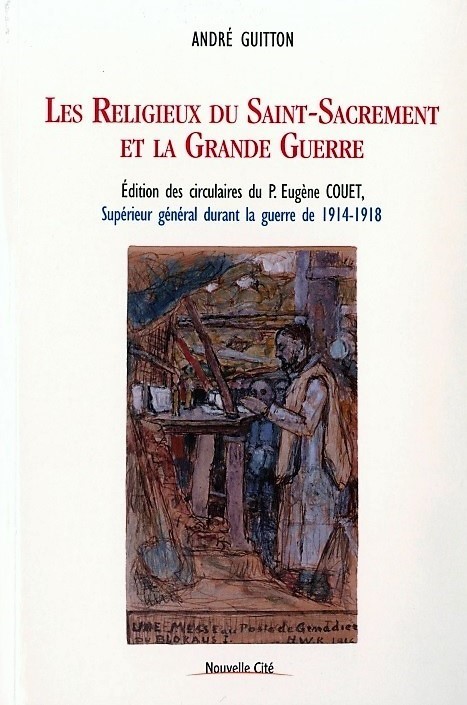 By post I received the latest book “sui generis” by Father André Guitton, published in June 2017 by Nouvelle Cité. It presents the writings of religious of the Blessed Sacrament who were carrying out military service during the Great War of the years 1914-1918 and communicated to other religious of the Congregation by the Superior General during that time, Father Eugène Couet.

I said “sui generis” because this is a strange book: correspondence written in wartime and statistics. I read it for the most part and went through it as a whole. Here are my impressions.

He faithfully passed on to the Congregation the testimonies of religious in military service. The testimony of confreres confiding in their family. I felt that Fr Couet cared for this family.

Regarding Fr Couet, I recall the tradition passed on by the elderly, in the second term of his generalate, which lasted twenty-four years, during which the Provinces of the Congregation were created, he was presented as “An Eternal Father who crucified his sons”. I was told of religious deported or appointed to distant communities, Buenos Aires among other places.

I owe him my gratitude for his humanity and attention towards these brethren, who emerge from this book.

Some men, often very young, with their faith and their religious ideals, thrown into the midst of the fray, in the trenches and, as religious generally were consigned to serve in the infirmary corps, very often relate that they were near the trenches to gather up the wounded or dead. What is recounted also is their joy in having been able to celebrate the Eucharist, distribute communion or to hold Easter or even to pray in a makeshift chapel. How in these wartime circumstances did they maintain their commitment? But also how did these experiences wound them? Some of them did not return to the Congregation after the Great War.

We are above all grateful to him for the biography of St Peter-Julian Eymard, our Founder. Those who have had the opportunity to meet him know his erudition as an historian.

With this new book I have felt that the historian was presenting not History but the concrete life of persons, whether they were proclaimed saints like Peter-Julian Eymard or simply torn to shreds by a shell in the trenches. This is also a lesson of history.

In conclusion, this “sui generis” book of our brother André Guitton says perhaps much more than what the pages relate: witnesses, statistics, circulars. I have read and experienced it as a living page of the Eymardian Family.

Last modified on Friday, 15 December 2017 11:22
Tweet
Published in Publications
More in this category: « «Chi mangia di me, vivrà per me». EUCARISTIA, PASSIONE DI UNA VITA »
back to top